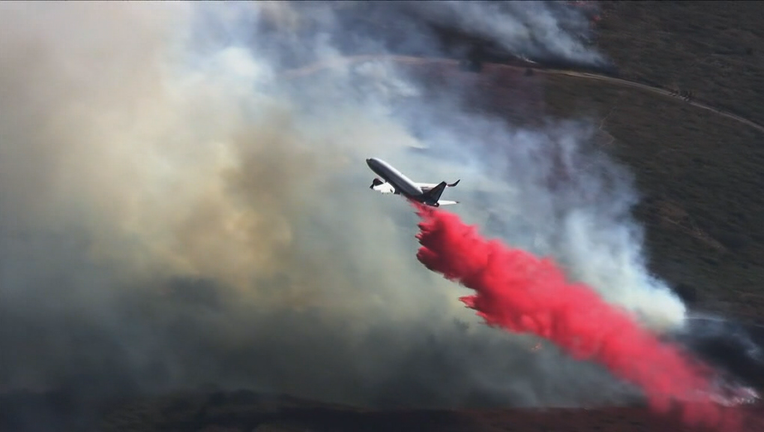 POINT REYES, Calif. - The Woodward Fire was quiet Wednesday morning and caused no new concerns for firefighters, allowing them to gain positive ground, but not enough to increase the containment level.

The blaze, which has been burning at Point Reyes National Seashore for nine days now, remained within the control lines for the past 24 hours, officials said in a briefing Wednesday. It has now burned just over 2,700 acres and is five percent contained.

The smoke in the air and the thick marine layer, despite grounding aircraft until the afternoon, helped aid fire fight on Tuesday, according to Brandon Cichowski, operation section chief for Northern Rockies Incident Management team two.

Interactive map: See where all the fires are raging in California

The break meant limited fire activity in a trouble spot which allowed them to get in there with bulldozers and build some fire break lines.

The work crews did in the area behind the visitor center, where earlier in the week flames reached Bear Valley Trail, is also holding up well.

“The fire is very squirrely, there are all kinds of [fire] edges out there,” Cichowski said, noting that he felt crews would be very productive on Wednesday.

“We are constantly in conversions about warnings and whether to lift warnings or orders and whether to reduce those,” Brenton Schneider with the Marin County Sheriff’s Office. “But we won’t make that determination until we have considered everything that could happen to the fire and we’re comfortable it won’t happen.”