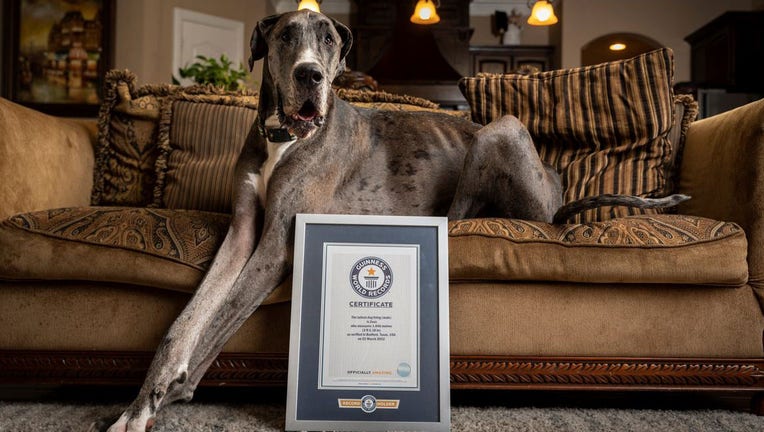 WASHINGTON - The adage everything is bigger in Texas applies to many things, and apparently, it includes dogs. A Great Dane in the Lone Star State has earned the distinction as the world's tallest dog.

Zeus is two years old and lives in Bedford, Texas.  He was confirmed as the world's tallest dog at 3 ft and 5.18 inches, Guinness World Records announced on May 4.

Brittany Davis, Zeus' owner, told Guinness that she dreamed of having a Great Dane since she was a young girl. Her brother Garrett had a colleague who bred the dogs. 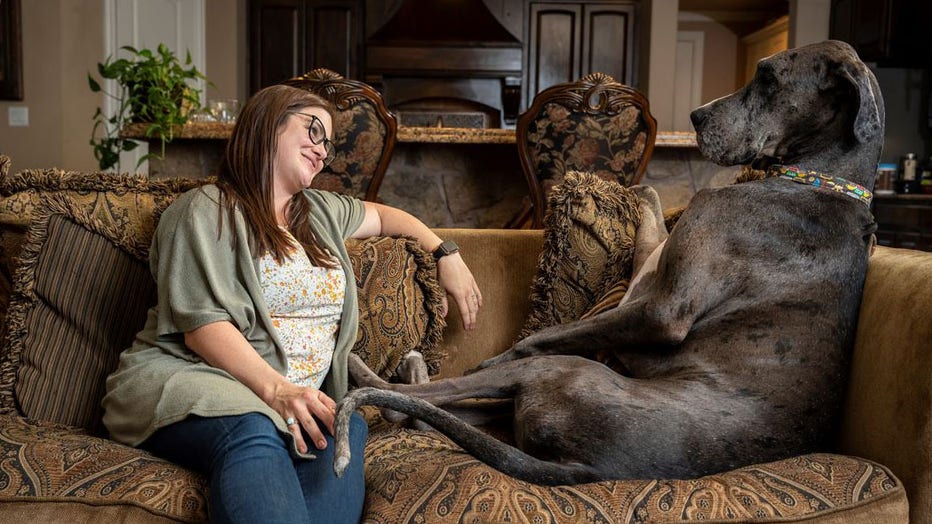 Zeus sits on the sofa with his owner Brittany Davis. (Photo courtesy of Guinness World Records)

According to Guinness, Garrett made her dream come true when he gifted her Zeus, who was 8 weeks old.

Davis told Guinness the idea to reach out to the organization to determine if Zeus was the tallest dog in the world came up during a family gathering. Another Great Dane also named Zeus, from Otsego, Michigan, previously held the title of the world’s tallest dog.  Sadly, he passed away in 2014.

Zeus lives at home with his three Australian Shepherd siblings and feline sister, Penelope, according to Guinness. 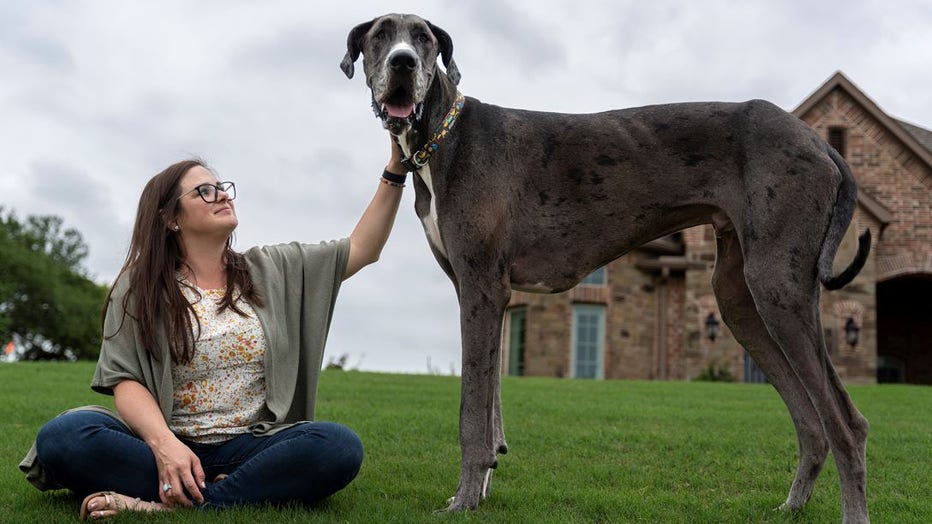 Davis also shared with Guinness that Zeus being confirmed the world’s tallest dog reinforces how special he is. The Great Dane enjoys taking walks around the neighborhood, sleeping by the window, and visiting local farmer's markets.

Zeus also has a massive appetite matching his large stature. Davis told Guinness that it gets pricey to feed Zeus. The pup enjoys 12 cups of dog food a day and sometimes snacks on fried eggs and ice cubes. 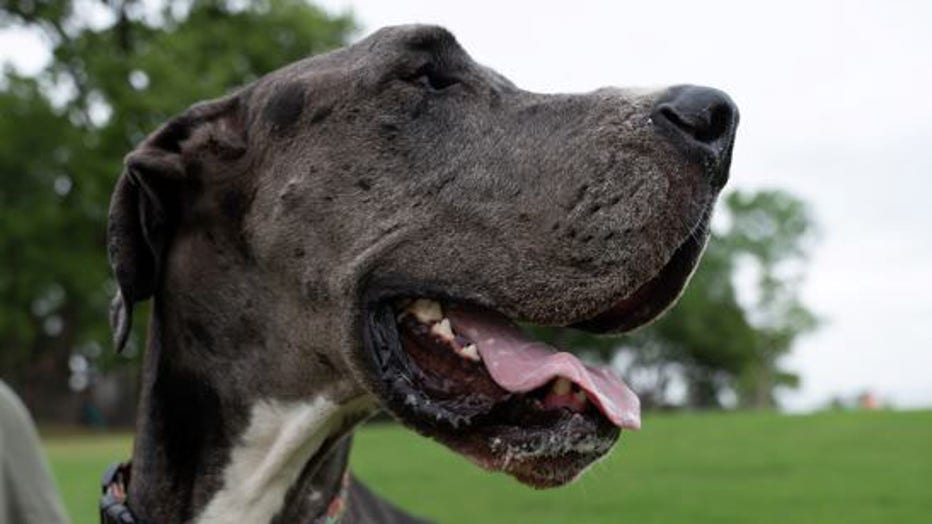 Great Danes tend to have shorter life spans based on their size, but Davis confirmed to Guinness that Zeus is happy and healthy.