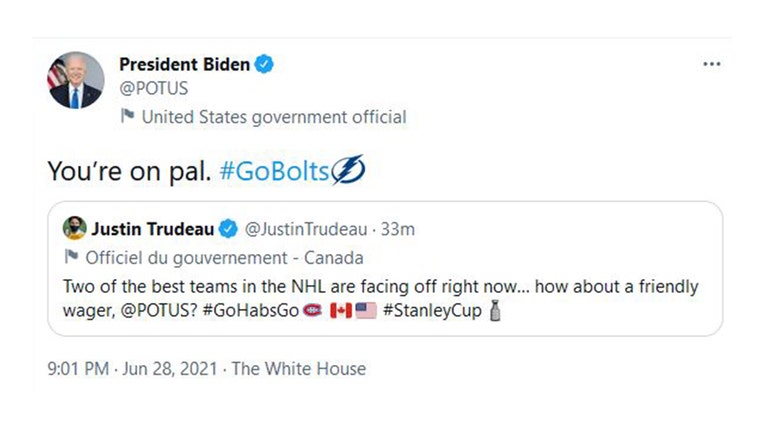 TAMPA, Fla. - The President of the United States has accepted a bet with the Canadian Prime Minister on which country's team will win the 2021 Stanley Cup Final.

Prime Minister Justin Trudeau tweeted Monday night during the first period of Game 1 of the Stanley Cup Final "Two of the best teams in the NHL are facing off right now… how about a friendly wager, @POTUS?"

The puck dropped on Game 1 between the Tampa Bay Lightning and the Montreal Canadiens just after 8 p.m. Monday night inside Amalie Arena, in Tampa.

The Canadiens have a storied history in the Stanley Cup Final, but the Lightning is creating its own history with its second appearance in the Final in less than a year.

It's unclear what exactly the bet between the two world leaders entails. They have at least four games to work out the details.