Three questions I love answering are the also the ones I hear most often: how do you say your last name, what nationality are you, and what does your name mean? My last name is pronounced MEE-ky-ELL-yahn, I’m Armenian-American, and my first name means “cinnamon.” Growing up in Livermore, I was the only one in my class with a “different” name, and while all my classmates were bringing bologna sandwiches and Capri Sun in their lunchboxes, I had stuffed grape leaves and homemade pita bread. I used to be ashamed of it – but now, I make a mean shish kebab! The best piece of career advice I got was “pick something you like to do, because you’ll be doing it for a long time.” I loved writing and reading… and talking. I wrote for my school newspaper and was voted Most Talkative for Senior Favorites. It was pretty clear what my strengths were, and I kept them in mind as I started at Las Positas Junior College. I took every English course they offered and discovered a love of journalism. After two years of junior college, I transferred to San Diego State University. I packed up everything I owned in my 1994 Honda Civic hatchback, and drove down to San Diego. On the first day of my final journalism class, the teacher asked how many of us wanted to be reporters. Almost everyone raised their hands. He looked out at the 30 of us and said “Maybe 3 of you will make it.” I hoped I’d be one of them. I got my first job in Yuma, Arizona at the end of that summer. I drove out to Yuma with my resume reel so the news director would have a face to go with the name on the tape. I started at KSWT in August of 1997, and reported there for a year. I shared an apartment with another reporter at the station, and we both were too cheap to turn on the air conditioning unless it was over 95 degrees. I got a job at WAFF in Huntsville, Alabama next. I ate biscuits n’ gravy for the first time, saw cotton growing and tobacco drying by the side of the road. I loved reporting on things that were new to me (college football!), and by the end of my two years there I was saying “y’all” without a smirk. When I saw a job listing for a new FOX affiliate in San Diego, I sent my resume tape. I’ll never forget how loud I screamed when the news director at XETV left me a voicemail saying he liked my work. After being away from my beautiful California for years, I was dying to come back. I took the job as morning and noon anchor in San Diego, and thought I was officially “Big Time.” Here I was – just 25 years old, and anchoring in America’s Finest City! But my heart (and family) was still in the Bay Area. I had one more stop at KPRC in Houston before I bought a one-way airplane ticket home. My life changed when I started at KTVU, in 2005. I would like to say I kept my cool when meeting some of the KTVU anchors and reporters I grew up watching, but I doubt that was the case. I was over the moon at the thought of working here. Growing up, my day ended with watching The 10 O’clock News, and here I was reporting for it! Working at KTVU is by far the most fulfilling experience I’ve ever had in a newsroom. I am honored when you choose to share your hopes, struggles and triumphs with me. One of my favorite assignments is covering the Giants in the World Series! If you know of anything that’s better than being at AT&T Park and singing “Lights” into your water bottle while Steve Perry himself is singing from the stands… let me know. Away from the newsroom, I am still a Livermore girl at heart! My parents still live in the same house I grew up in, and I go home to sleep in my old bedroom now and then. I am grateful that my siblings are all here in the Bay Area, and we get together all the time. I love to cook, and whether I’m making my Mother’s shish kebab (can never get it quite right) or trying to get a sourdough starter going… I love feeding my family and friends. So much of what I loved to do growing up in Livermore holds true today – if you follow me on twitter you know you can find me at #DonutWheel. I also love going to the rodeo parade and seeing the Granada High School marching band (I was in the orchestra, so I had band envy). I love packing up a basket of goodies for a picnic at Sycamore Grove, or watching the pig races at the Alameda County Fair. If it’s local and low-key… I’m there! I also love a good deal, so you’ll see me scouring thrift stores for mid-century modern furniture, or vintage jewelry… and I am not above haggling over the price of slightly bruised tomatoes toward the end of the farmer’s market. Every day I feel like things can’t possibly get any better. I am thrilled to be back home in the Bay Area! Away from the newsroom, I am still a Livermore girl at heart! 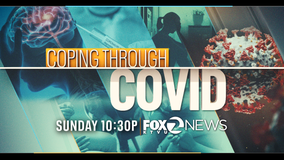 Even if you haven't lost a loved one to COVID-19, or fallen ill yourself, it is almost certain you are still feeling the stress of a changed world. Here are some resources to help. 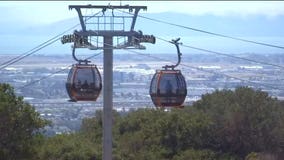 In some ways, our visit this week was the best visit we've ever had. 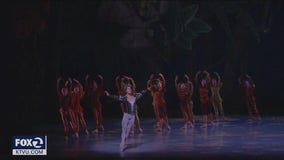 In any live performance, it may be someone's 'art' that brings strangers together, for a shared experience. 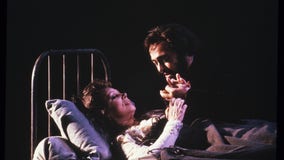 Gasia Mikaelian shares the story of how she was introduced to opera by her dad. 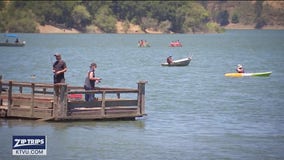 As the Bay Area adapts to learning how to live during the coronavirus pandemic, many must consider their tighter finances, as well as social distancing and mask-wearing. KTVU’s Gasia Mikaelian has some ideas about how to have fun on a budget during COVID-19. 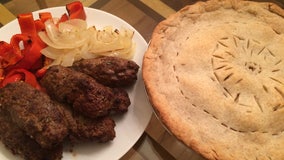 Gasia Mikaelian shares her mother's recipe for Armenian shish kebabs and the story of the dish's place in her family. 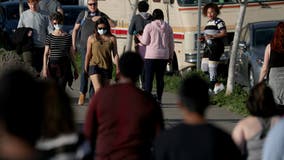 But she quickly added that the city has no plans to, and she hopes that people will be on their best behavior.

It turned out to be one of the loveliest afternoons we’ve had during the stay-at-home orders were enacted. 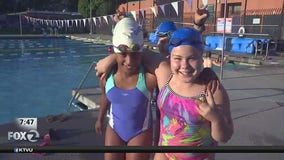 An Oakland man is merging social justice with swimming, through the Oaklantis swim team and swim school.

Rudy Hurtado is one of San Francisco's "hidden homeless." He came to the U.S. from El Salvador four years ago, at the age of 16, and is still struggling to find a stable home. Now a 20-year-old sophomore at San Francisco State University, he said one of the hardest parts of being homeless was when he was in high school: he felt very alone.