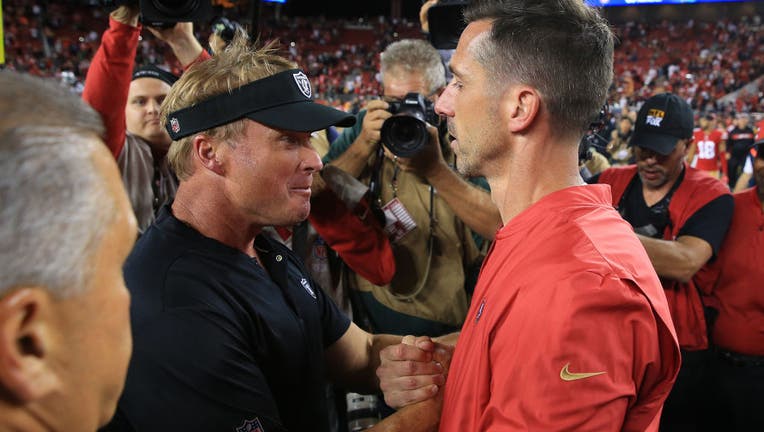 SANTA CLARA, Calif. - The San Francisco 49ers are hosting a preseason game Sunday against the other National Football League team that used to play in the Bay Area -- the Las Vegas Raiders.

The preseason game between the 49ers and the Raiders -- formerly of Oakland -- is scheduled for 1 p.m. Sunday at Levi's Stadium in Santa Clara.

The 49ers encourage fans looking for tickets to Sunday's game to go to 49ers.com/tickets and are reminding people that Levi's Stadium is a cashless venue, so only card or mobile payments are accepted for concessions, merchandise or other purchases.