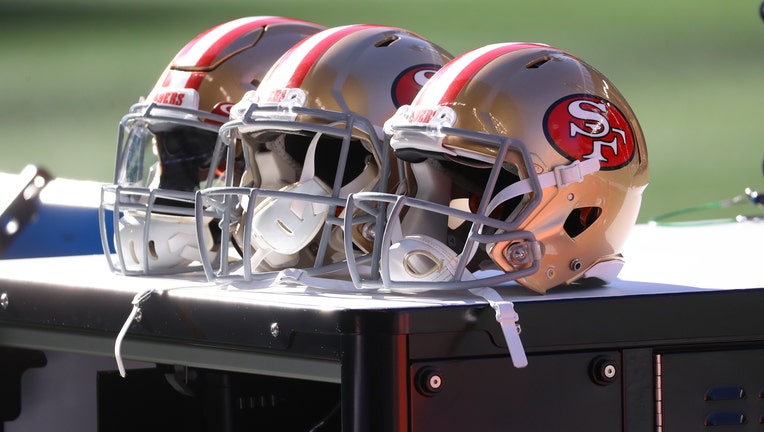 SEATTLE, WASHINGTON - NOVEMBER 01: A general view of helmets worn by the San Francisco 49ers against the Seattle Seahawks at CenturyLink Field on November 01, 2020 in Seattle, Washington. (Photo by Abbie Parr/Getty Images)

LAST YEAR: The Niners' bid to return to the Super Bowl was derailed early last season when stars Nick Bosa, George Kittle and Jimmy Garoppolo all went down with injuries in the first two weeks. That trend extended throughout the season as no team was hurt more by injuries in 2020 than San Francisco. The thinned-out roster won only six games as coach Kyle Shanahan had his third losing season in four years at the helm.

CAMP NEEDS: After losing S Tarvarius Moore, RB Jeff Wilson Jr., and OL Justin Skule to significant injuries in the offseason, the biggest need in camp for the Niners is staying healthy. Settling on a starter at RG between Banks and Daniel Brunskill and seeing how close DE Dee Ford is to returning from a back injury also will be important. New DC DeMeco Ryans needs to find some reliable pass rushers and cornerbacks to keep the defense playing at a high level.

KEY CAMP COMPETITIONS: The Niners used three first-round draft picks to trade up for Lance, so the focus this summer will be on how quickly he can supplant Garoppolo as the starter. While Shanahan has been adamant that Garoppolo will start, people will be watching Lance's development closely to see if he can either be used as a situational player with his running ability or can challenge Garoppolo early in the season.

EXPECTATIONS: Just a year removed from a run that took them to the Super Bowl, the 49ers believe that health is the only factor that could prevent them from returning to contender status in the NFC. The offensive line should be improved and whoever plays QB will have plenty of options in the passing game with Kittle and WRs Deebo Samuel and Brandon Aiyuk. The defense has to show it can play at as high a level under Ryans as under Saleh. A second straight healthy season from injury-prone CB Jason Verrett will be key in that regard.