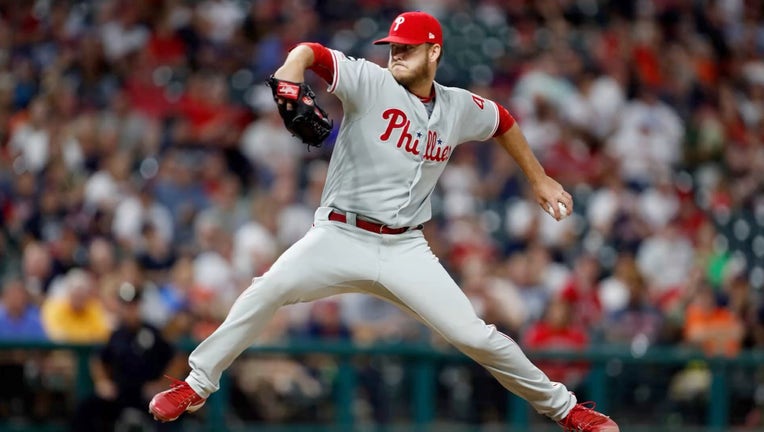 CLEVELAND, OH - SEPTEMBER 22: Cole Irvin #47 of the Philadelphia Phillies pitches in the seventh inning against the Cleveland Indians at Progressive Field on September 22, 2019 in Cleveland, Ohio. The Indians defeated the Phillies 10-1. (Photo by Dav