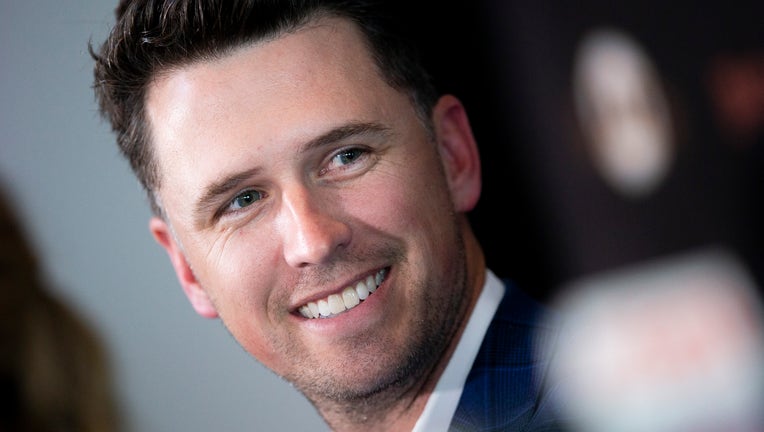 San Francisco Giants legend Buster Posey is taking on a new role with the team after his retirement-- part owner. The three-time World Series Champion and seven-time All Star is the first former player to join the organization as a principal partner and member of the Board of Directors.

Posey, played his entire 12-year career with the Giants. The 35-year-old is now the youngest of the other 30 principal partners.

"I feel deeply connected to the Giants and the San Francisco Bay Area and hope that my perspective as a former player will be beneficial in growing the game and assisting the organization to build the next championship team both on and off the field," said Posey. "I have always had such great respect for the ownership group, many of whom I’ve gotten to know through the years, who provided the support for me and my teammates to achieve the successes we did. I also believe that I can learn so much by surrounding myself with business leaders who have been at the top of their respective industries."

SEE ALSO: Giants legend Will Clark says his biggest life challenge happened off the field, as a dad

"When he approached us to express his interest in joining the ownership group, we were thrilled that he wanted to make this type of commitment. It is rare for a former player to join his own team’s ownership with the desire to have an active role," said Johnson. His lived experience within the organization, from the clubhouse to the community, will further make him a great thought partner for me, Larry, Farhan and others."