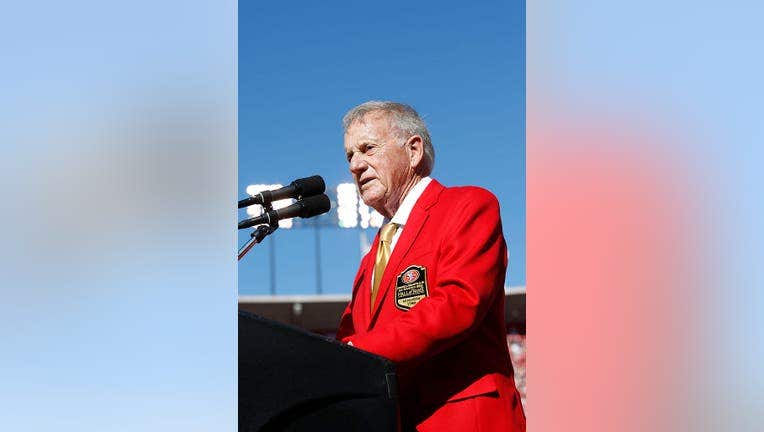 John McVay, the longtime San Francisco 49ers general manager who helped to launch the teams dynasty, died on Monday. He was 91-years-old.

McVay spent 22 seasons with the 49ers, where he served in different roles before taking over as the General Manager in 1980.

During his tenure, the 49ers claimed five Super Bowl titles. McVay retired after the 1995 season, but then re-joined the organization in 1999 and served as Vice President/Director of Football Operations through the 2003 season.

"This is a very sad day for our organization and the entire football community. John McVay was a driving force in constructing teams for our five Super Bowl titles," wrote the 49ers. "Most importantly, John was a Hall of Fame person who built genuine and sincere relationships with front office staff, coaches and players. John's commitment and contributions to the 49ers created the standard and tradition we strive to carry on today. Our thoughts and prayers are with the McVay family."

McVay's grandson Sean followed him to the NFL, and is currently the head coach for the Los Angeles Rams. 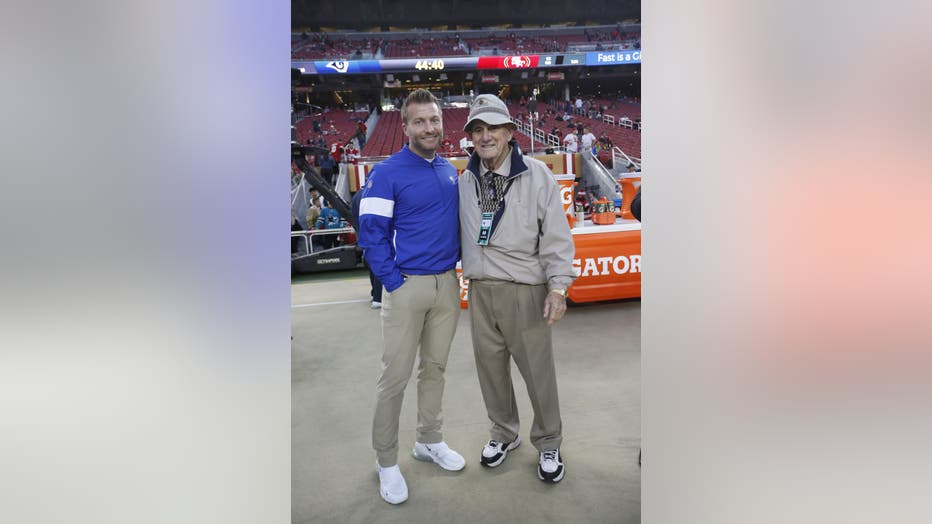 SANTA CLARA, CA - DECEMBER 21: Head Coach Sean McVay of the Los Angeles Rams stands on the sideline with his grandfather John McVay before the game against the San Francisco 49ers at Levi's Stadium on December 21, 2019 in Santa Clara, California. The

"John was such an instrumental influence on Sean and his leadership qualities permeate our entire organization through the relationship he had with his grandson," the Rams said in a statement. "John's legacy will live on forever and the marks he left on his family, our league, and our game will never be forgotten."

He played an integral role along with coach Bill Walsh in building one of the league's greatest dynasties that won five Super Bowl titles in a span of 14 seasons.

McVay was inducted into the 49ers Hall of Fame in 2013, and the team dedicated its draft room as the "John McVay Draft Room" in his honor in 2016.

Before joining the 49ers, McVay served as the head coach for the New York Giants for two years.