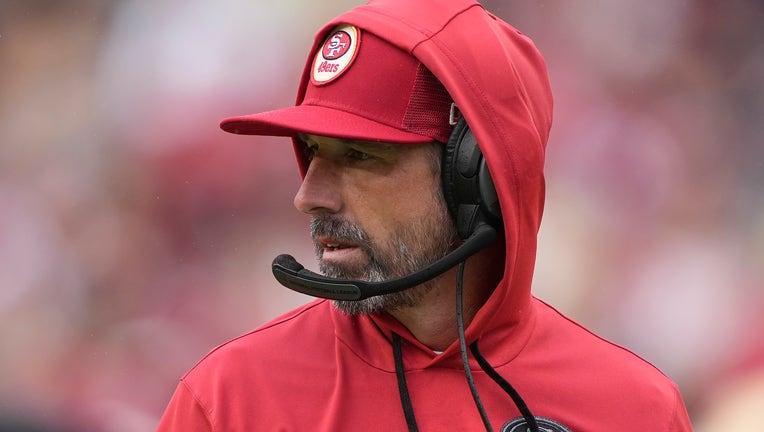 SANTA CLARA, CALIFORNIA - SEPTEMBER 18: Head coach Kyle Shanahan of the San Francisco 49ers looks on during the fourth quarter of their game against the Seattle Seahawks at Levi's Stadium on September 18, 2022 in Santa Clara, California. (Photo by Th

San Francisco 49ers Head Coach Kyle Shanahan said injured quarterback, Trey Lance, is doing as good and anyone could be, despite suffering a season ending injury.

On Tuesday, Shanahan reiterated that the quarterback would remain out for the duration of the season, including the playoffs, rehabbing his ankle.

Lance broke his ankle during the first quarter of the teams game on Saturday, he had surgery shortly after.

"A number of guys have all talked to him a bunch," said Shanahan. "He’s trying to come to the game this week I don't think he’ll be able to because of the swelling, he’ll be back sooner rather than later."

Now, less than a week after the injury, Shanahan says he has had time to reflect on the situation.

"It's really depressing after a game you come in there with mixed emotions you have to go into a training room and talk to someone who is heartbroken," said Shanahan. "You have to talk to everyone on the team about it then you come in here and answer questions about it, all that stuff is extremely emotional."

Moving forward, Jimmy Garoppolo will take over as quarterback. The transition will has gone smoothly so far, Shanahan credits Garoppolo's attitude with helping.