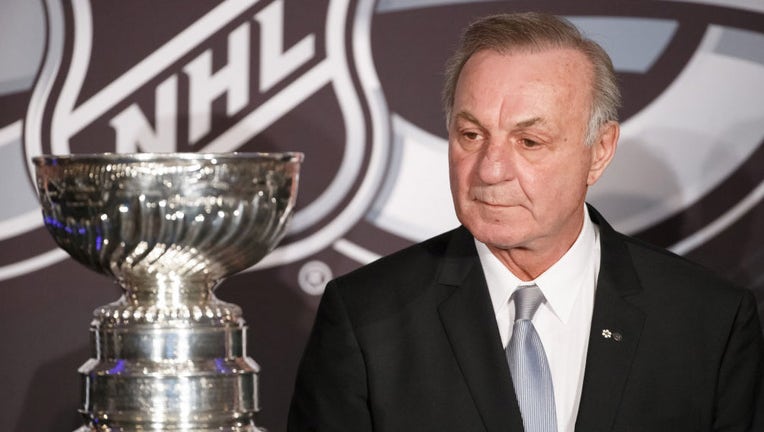 Guy Lafleur looks on as he stands with the Stanley Cup during the 2017 Scotiabank NHL 100 Classic announcement at the Chateau Laurier on March 17, 2017 in Ottawa, Ontario, Canada. (Andre Ringuette/NHLI via Getty Images)

The hockey Hall of Famer helped the Montreal Canadiens win five Stanley Cup titles in the 1970s. A cause of death was not immediately known, but Lafleur had been diagnosed with lung cancer, the Associated Press reported.

"We are deeply saddened to learn of the death of Guy Lafleur. All members of the Canadiens organization are devastated by his passing," Canadiens President Geoff Molson said in a statement. 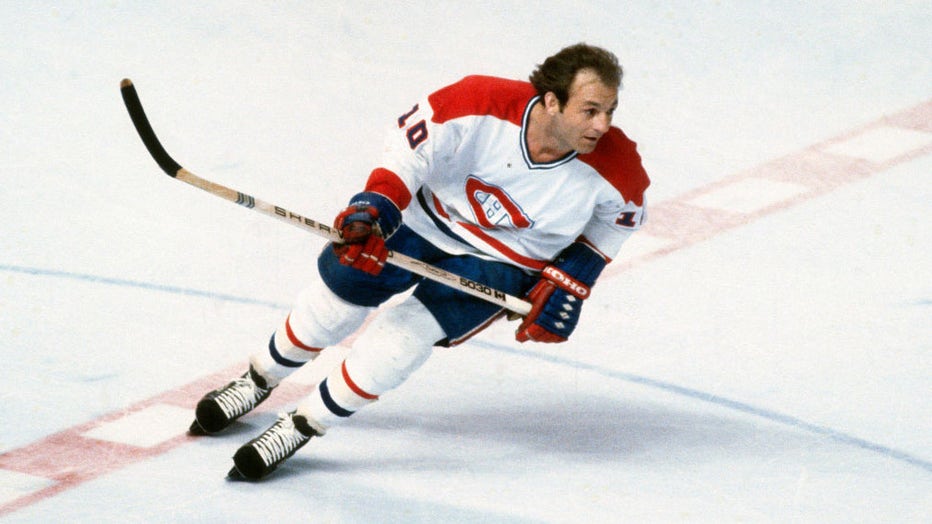 Guy Lafleur #10 of the Montreal Canadiens skates against the New York Rangers during an NHL Hockey game circa 1979 at the Montreal Forum in Montreal, Quebec. Lafleur playing career went from 1971-85 and 1988-91. (Focus on Sport/Getty Images)

An outpouring of messages remembering the legend from the hockey community were posted on social media Friday.

The Edmonton Oilers wrote "We join the hockey world in mourning the loss of @CanadiensMTL legend Guy Lafleur. Our condolences go out to all his family, friends & former teammates."

Canada's Prime Minister Justin Trudeau tweeted "Guy Lafleur, or "The Flower," was unlike anyone else on the ice. His speed, skill, and scoring were hard to believe. A record-setter and a five-time Stanley Cup champion, he inspired countless Quebecers, Canadians, and hockey fans around the world. We’ll miss you, Number 10."

The Toronto Maple Leafs tweeted "Guy Lafleur was an iconic player and competitor. A legend of our game that will be greatly missed. Our thoughts go out to the Lafleur family and the @CanadiensMTL organization."

The Ottawa Senators wrote "The #Sens are saddened to learn of the passing of NHL great Guy Lafleur. The organization sends its condolences to Lafleur’s family and friends, @CanadiensMTL and their fans."

The Pittsburgh Penguins posted "The Penguins join the hockey world in mourning the loss of Hall-of-Famer Guy Lafleur. Our thoughts are with Guy's family, the Montreal Canadiens organization, and all those who watched in awe as Guy Lafleur sped down the ice with hair flowing in the wind."

One of the greatest players of his generation, Lafleur registered 518 goals and 728 assists in 14 seasons with Montreal.

Nicknamed "The Flower," he retired after the 1984-85 season, but returned in 1988-89 with the New York Rangers. He played the next two seasons with the Quebec Nordiques before hanging up his skates for good. 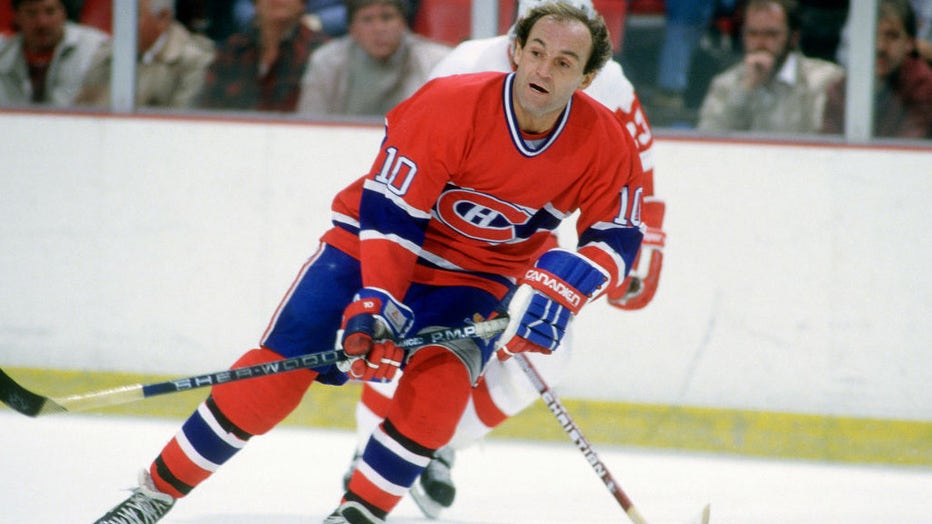 Guy Lafleur #10 of the Montreal Canadiens skates against the Detroit Red Wings during an NHL Hockey game circa 1981 at the Joe Louis Arena in Detroit, Michigan. Lafleur playing career went from 1971-85 and 1988-91. (Focus on Sport/Getty Images)

"You didn’t need to see Guy Lafleur’s name and number on his sweater when ‘The Flower’ had the puck on his stick," NHL Commissioner Gary Bettman said in a statement. "As distinctively stylish as he was remarkably talented, Lafleur cut a dashing and unmistakable figure whenever he blazed down the ice of the Montreal Forum, his long blond locks flowing in his wake as he prepared to rifle another puck past a helpless goaltender — or set up a linemate for a goal."

Lafleur was diagnosed with lung cancer in 2019, when tumors were discovered by doctors performing emergency quadruple bypass heart surgery.

The Associated Press contributed to this story.  This story was reported from Washington, D.C.