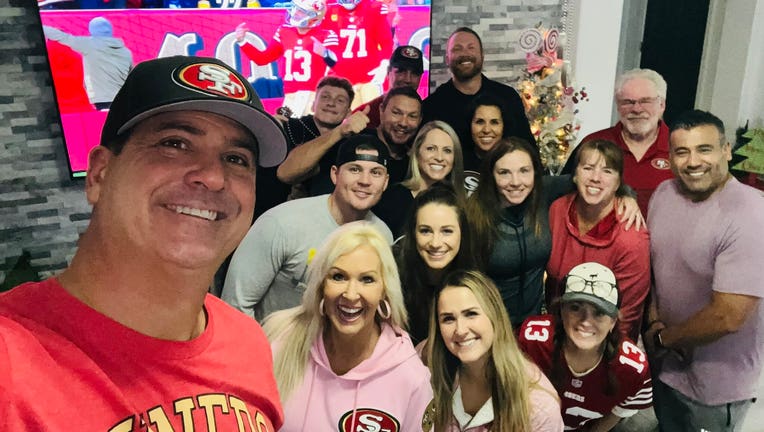 Friends and family of 49ers quarterback, Brock Purdy, cheer him on from Arizona.

SANTA CLARA, Calif., - The eyes of football fans across the globe were on 22-year-old Brock Purdy Sunday afternoon.

The San Francisco 49ers selected Purdy with the 262nd pick in the 2022 draft, it was also the last pick in the draft making Purdy the newest ‘Mr. Irrelevant.' The nickname has been given to the player drafted last in each NFL draft since the 1970's.

But, on Sunday, Purdy was anything but irrelevant. On the grand stage, he delivered.

He took over in the first quarter after Jimmy Garoppolo suffered a season-ending foot injury.

Many were surprised by Purdy's performance, but his family didn't appear to be.

When Purdy stepped onto the field at Levi's Stadium, his dad, Shawn, was at work and not close to a TV. He rushed home to join his wife watching from the family's home in Arizona.

As the game went on, more and more neighbors and friends showed up to cheer on Purdy.

A picture obtained by KTVU, shows Purdy's parents and neighbors gathered in front of the TV, each with a big smile on their face. 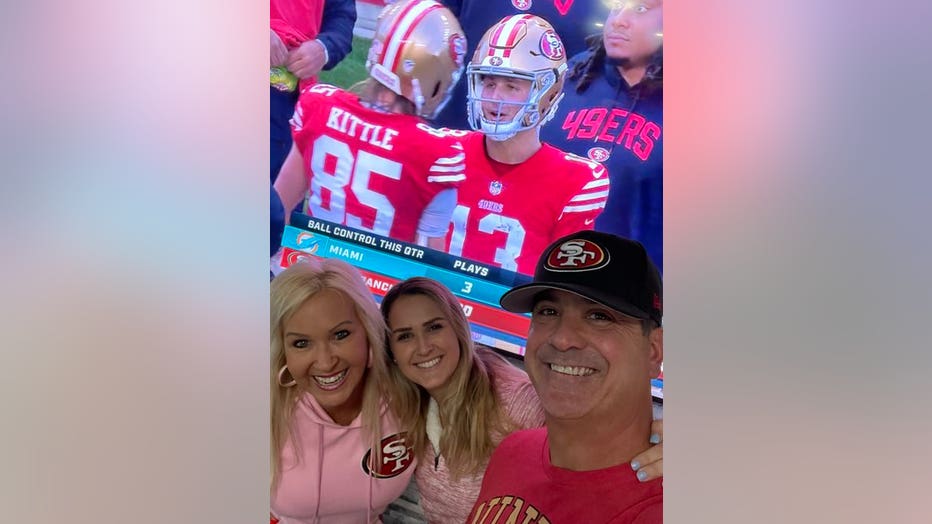 Purdy threw for 210 yards and completed 25 of his 37 pass attempts. He threw two touchdowns and one interception, and helped lead the team to a 33-17 win over the Miami Dolphins.

After the game, Brock Purdy said his focus is now set on the team's next game and getting better.

"Just because we won doesn't mean I'm on cloud nine," Purdy said. "I want to get better, and I have to for this team to move forward." 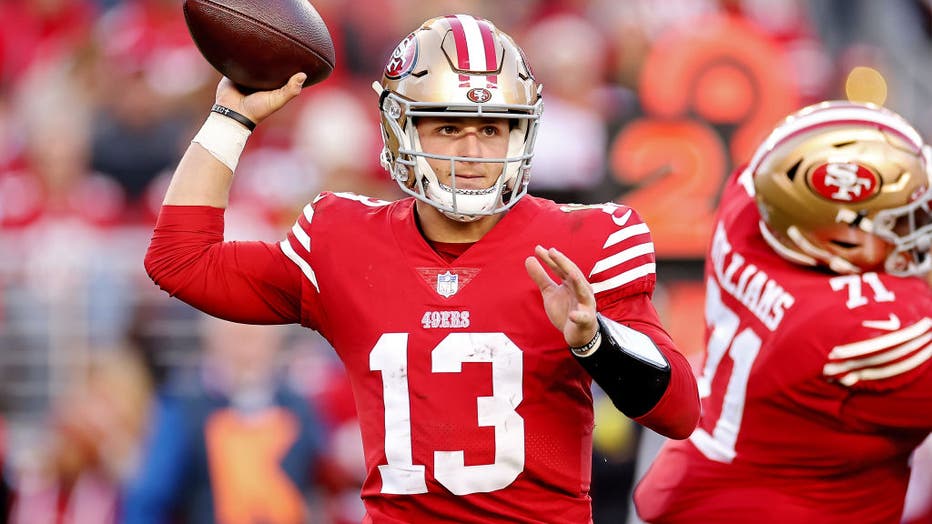 Purdy and the 49ers will take on the Tampa Bay Buccaneers, in Santa Clara on Sunday, Dec. 11.

When asked about taking on Tom Brady, the Bucs starting quarterback, in his first career start, Purdy said he thought it was "really cool."

Brady was drafted by the New England Patriots in 2000, when Purdy was just a year old.

Bailey O'Carroll is a reporter for KTVU. Email Bailey at bailey.ocarroll@fox.com. Or follow her on Twitter @baileyocarroll