SAN FRANCISCO - San Francisco Giants catcher Buster Posey plans to announce his retirement on Thursday, according to a person with direct knowledge of the decision.

The person spoke on condition of anonymity Wednesday because Posey had yet to make his formal announcement.

The Giants said last month that they would exercise Posey’s $22 million club option for the 2022 season as long as the veteran catcher wanted to keep playing after a stellar year.

Posey hinted during the playoffs he might be done — the seven-time All-Star ready to embrace more family time with four young children at home. 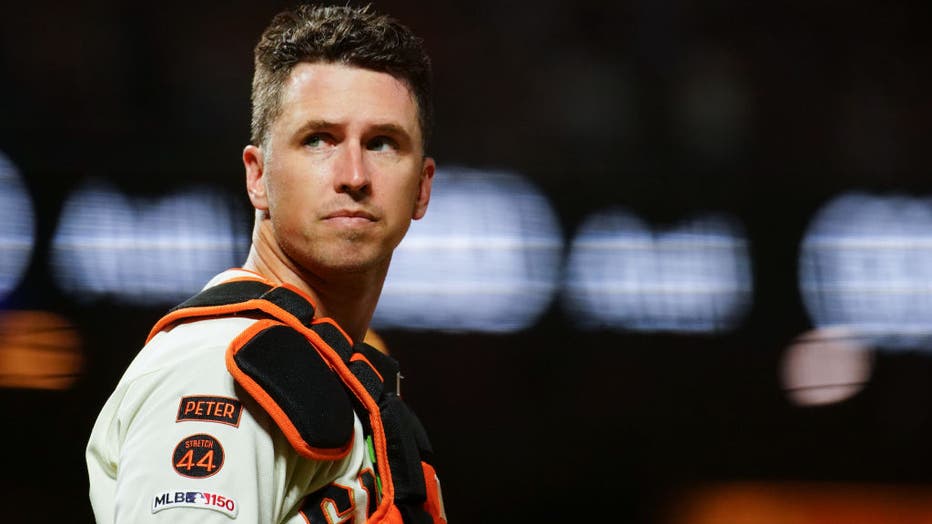 SAN FRANCISCO, CALIFORNIA - SEPTEMBER 24: Buster Posey #28 of the San Francisco Giants looks on during the game against the Colorado Rockies at Oracle Park on September 24, 2019 in San Francisco, California. (Photo by Daniel Shirey/Getty Images)

"I'm definitely just going to take some time with my wife, talk with her, be able to be full-time dad of four kids for the first time in a while," Posey said. "Yeah, just kind of take it slow and see how things progress."

The 34-year-old Posey opted out of the coronavirus-shortened 2020 campaign to care for prematurely born adopted twin girls. He and wife, Kristen, also have twins Lee and Addison, who just turned 10.

Posey, whose contract includes a $3 million buyout, helped lead the Giants to a franchise-record 107 wins and their first NL West title since 2012 by playing regularly down the stretch as he demonstrated his health and durability during his 12th major league season. 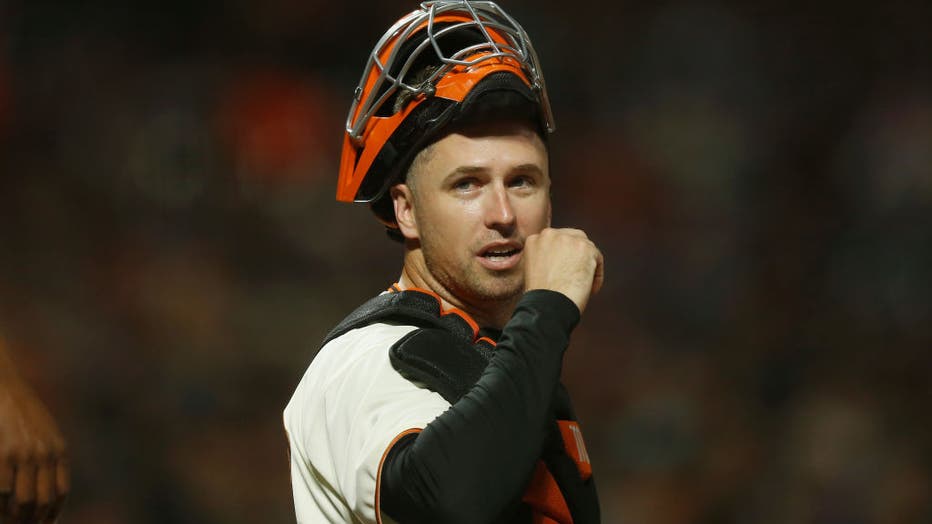 The 2010 NL Rookie of the Year, Posey came back from a devastating, season-ending leg injury in 2011 to win NL MVP the following year.

He tore three ligaments in his left ankle and broke a bone in his lower leg when he was run over by the Marlins’ Scott Cousins on May 25, 2011. Posey responded by winning the 2012 batting crown and MVP honors while leading the Giants to a second World Series championship in a three-year span. In all, he won World Series titles in 2010, ‘12 and ’14.

He advocated for rules to better protect against home-plate collisions to avoid injuries for both catchers and baserunners alike.

"I try to keep myself out of the conversation as much as I can because I know people are going to connect me to it regardless," Posey said in January 2014. "I’m just kind of sitting back and letting the higher powers hammer it out. I have my thoughts but I’ll keep them to myself." 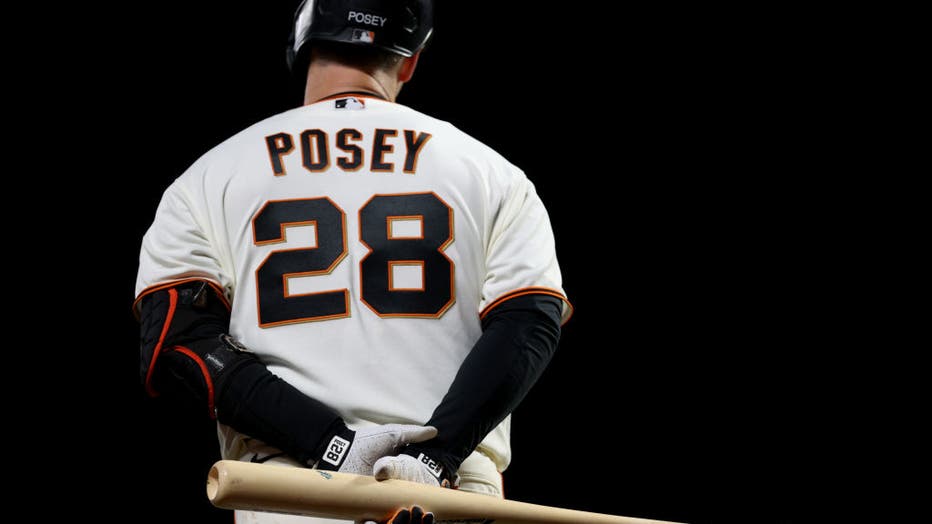 SAN FRANCISCO, CALIFORNIA - OCTOBER 08: Buster Posey #28 of the San Francisco Giants looks on against the Los Angeles Dodgers during the eighth inning of Game 1 of the National League Division Series at Oracle Park on October 08, 2021 in San Francisc (Getty Images)

Posey was selected by the Giants fifth overall in the first round of the 2008 draft out of Florida State, where in May 2008 he played all nine fielding positions in the same game.

"Buster Posey hangs 'em up. What an incredible career for a lifelong Giant," former Oakland Athletics left-hander Dallas Braden wrote on Twitter. "The statue is already being built."