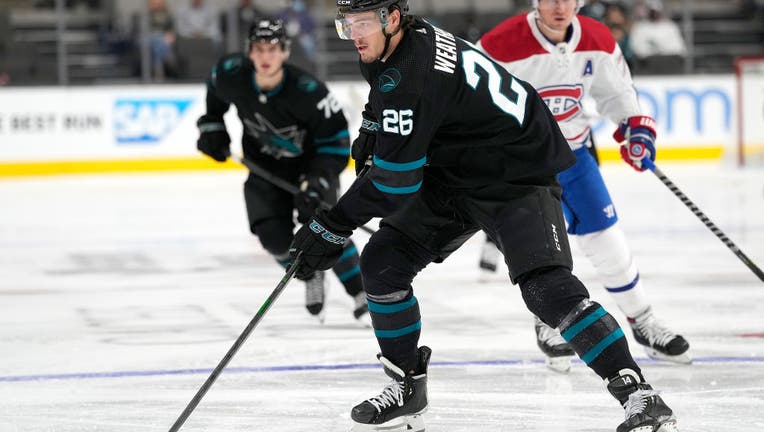 SAN JOSE, CALIFORNIA - OCTOBER 28: Jasper Weatherby #26 of the San Jose Sharks skates with control of the puck against the Montreal Canadiens during the second period at SAP Center on October 28, 2021 in San Jose, California. (Photo by Thearon W. Hen

SAN JOSE, Calif. - Seven members of the Sharks and coach Bob Boughner were placed in the NHL's COVID-19 protocol on Saturday, delaying the start of San Jose's game against the Winnipeg Jets.

The team did not confirm that any of the players or Boughner tested positive, just that they were placed in COVID-19 protocol.

The start of Saturday's game was delayed 30 minutes.

Sharks center Logan Couture also missed the game due to feeling ill, but the Sharks' captain was not placed in the league’s COVID-19 protocol, the team said.