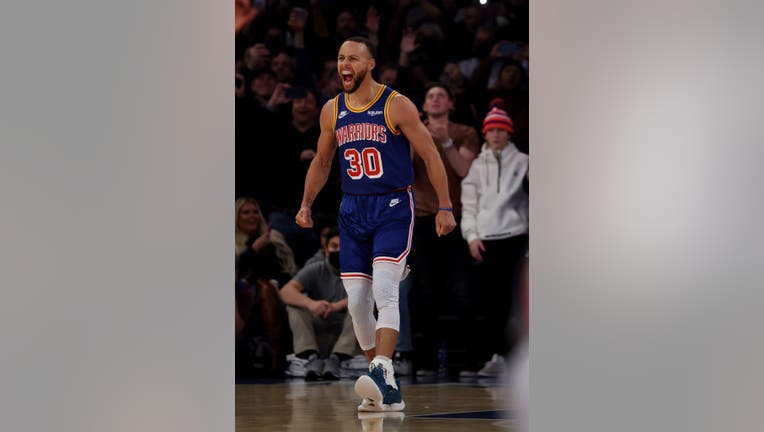 NEW YORK, NEW YORK - DECEMBER 14: Stephen Curry #30 of the Golden State Warriors celebrates after making a three point basket to break Ray Allen’s record for the most all-time against the New York Knicks during their game at Madison Square Garden on (Getty Images)

Stephen Curry broke the NBA record for most three-pointers in a career on Tuesday.

Curry drained the 2,974th three-pointer of his career as the Golden State Warriors played the New York Knicks in Madison Square Garden. It was his second three of the game.

The previous record had been held by Ray Allen. Curry surpassed Allen while playing in 511 fewer games, according to ESPN. Curry is in his 13th season while Allen played in 18.

The Warriors shared footage of Curry making the historic basket on Twitter.

Curry nailed the three as the Knicks' Alec Burks unsuccessfully contested the shot with a hand in Curry's face.

Curry's inevitable march to long-range supremacy in the NBA had been building interest in recent weeks with more fans and pundits keeping a close eye on Curry's numbers.