The KIPP Bridge Academy is a charter school in West Oakland is transforming the power of education by creating a passionate community for learning. It all starts at the top as we highlight the principal.

The prolific words of San Francisco's Poet Laureate, Tongo Eisen-Martin, shines a light on the love, pain, loss and hope in honor of Black History Month.

Obama administration Treasury Secretary Jack Lew had selected Tubman to replace Andrew Jackson, the nation’s seventh president, on the $20 bill. But that was years ago.

Many say key institutions would need to be rebuilt, and that voting is one of the most effective ways to bring about change. 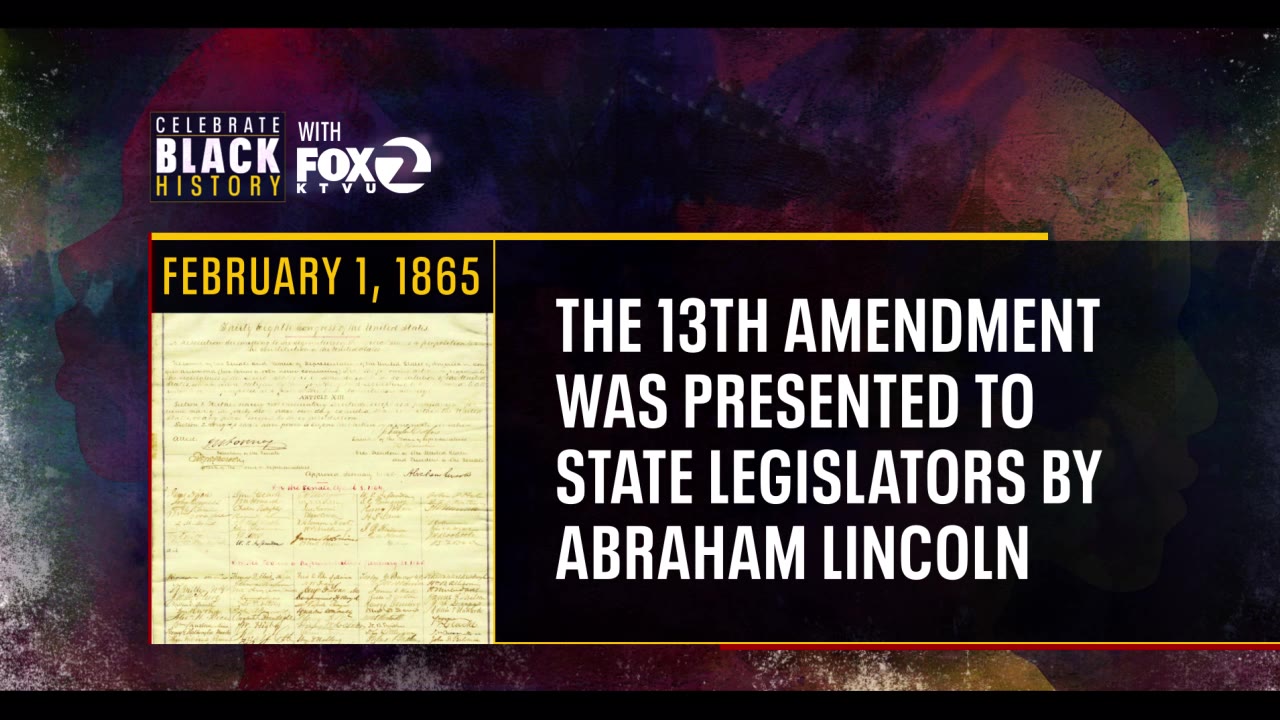 In 1865, the 13th Amendment to the Constitution was introduced by then-President Abraham Lincoln to state legislators for ratification.

Oakland's KIPP Bridge Academy has a student body of mainly Black and Brown students and they are outperforming state averages for math and English. Many say the credit for this accomplishment starts at the top with the school's charismatic principal.

Every year, the Association for the Study of African American Life and History (ASALH) chooses the theme for Black History Month.

The African Americans in the military exhibit aboard the USS Hornet in Alameda was prominently featured as part of Veterans Day events.

Black College Expo returns to Oakland. The National College Resources Foundation hosted the event at the Oakland Marriott City Center. KTVU's Mornings on 2 talked to the foundation founder, Theresa Price about how the event connects students with schools, and teaches students about to find financial support. Saturday, Feb. 26, 9:14am, KTVU Plus

Cathy Adams, LaNiece Jones and Sandra Varner in Oakland are using their professional skills to help the community. And they've been doing that for decades.

In honor of Black History month, KTVU brings you the story of three African American women who've been using their professional skills to help the community for decades. The public may not know their names, but it's likely that many people have seen the impact of their work. Amber Lee reports

Anisha Johnson says she chose to have a Black midwife, and a home birth for this pregnancy after a "traumatic" hospital experience with the birth of her first son.

Musician, author, and most famously a former leader of the Black Panther Party in Oakland, Elaine Brown is still politically active, still a force of nature, even at 78-years old.

Walk through some of Oakland's past with the Black liberation walking tour. The guided tours have been highlighting some of the important locations around West Oakland.

David Peters, the founder and board president of the West Oakland Cultural Action Network, spoke to Mornings on 2 The Nine about the efforts to preserve Black history in Oakland's Hoover-Foster neighborhood.

Berkeley researchers are making sure a building – now occupied by the City of Berkeley – gets its due for its role in Bay Area Black history.

Seth Lemon host of Fox Soul's Black Report discusses the fallout of hate crimes against the Black community from Ahmaud Arbery to threats against HBCUs.