Before the online conference with voters, he appeared on The Nine.

Huffman discussed wide-ranging topics, including the resignation of controversial Acting Navy Secretary Thomas Modly, who criticized Captain Brett Crozier for writing a letter and pleading for help against the coronavirus onboard his warship.

The letter became public, when the San Francisco Chronicle obtained it and reported the conents.

Modly then relieved Crozier of his command.

Modly later boarded the nuclear aircraft carrier, USS Theodore Roosevelt, and over the loudspeaker, told Crozier's crew ,“If he didn’t think that information was going to get out into the public in this information age that we live in, then he was, A, too naive or too stupid to be a commanding officer of a ship like this."

Rep. Huffman was among the lawmakers on Tuesday morning, who called for Modly to resign. Modly turned in his resignation several hours later.

Huffman also spoke about the ongoing efforts to help individuals and businesses left reeling hurt by the pandemic, and the subsequent shutdown.

Huffman urged small businesses to apply for special stimulus loans, which they would not have to pay back, if they agreed not to layoff employees, and use the funds to pay for rent and utilities.

The congressman also said that lawmakers were working on additional measures, besides the $2 trillion stimulus law, in hopes of jumpstarting the economy, or at least, protecting it from a deeper crisis. 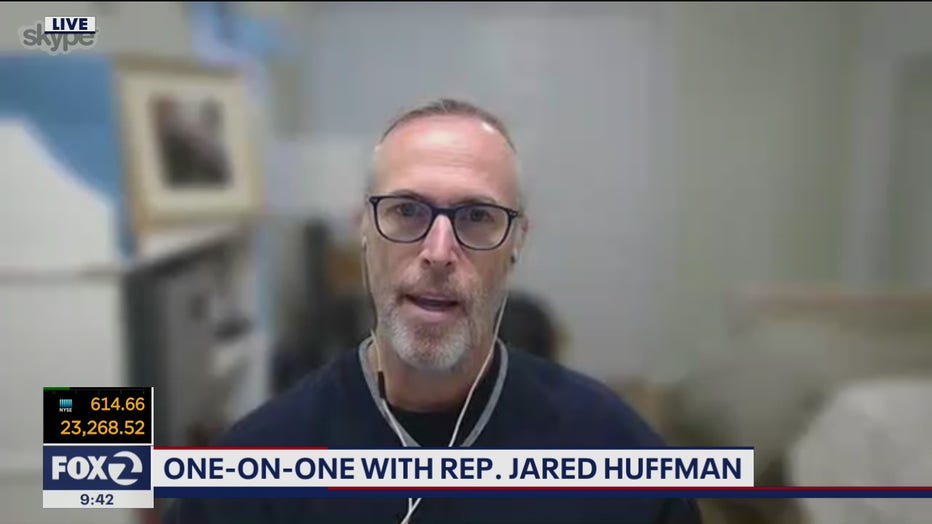