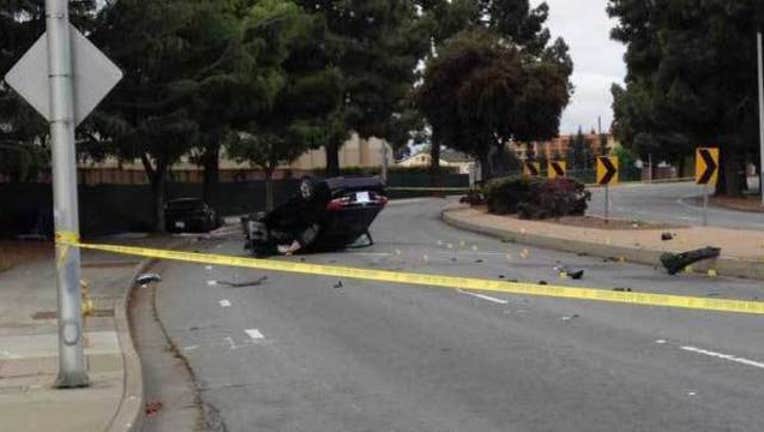 NEWARK, Calif. (KTVU & Wires) - A Pontiac driver walked away from a crash that flipped a Honda sedan onto its roof, injuring one of its occupants, according to the Newark Police Department.

Police responded at about 1:40 a.m. to the collision in the intersection of Cedar Boulevard and Cedar Court, police said.

The crash sent the Pontiac onto the sidewalk and flipped the Honda onto its roof. The driver of the Pontiac left the intersection afterwards, according to police.

Officers are trying to find the driver, police said.

Police said one of the three people inside the Honda at the time of the collision suffered a minor injury. Police said Cedar Boulevard was closed after the collision, but it was expected to reopen at 9 a.m.