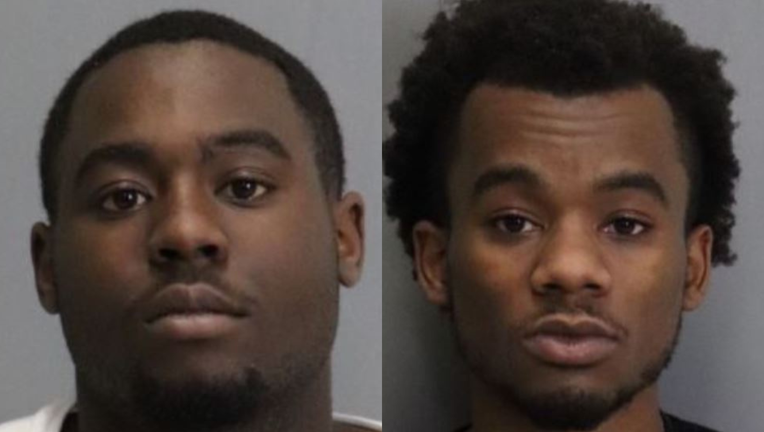 Authorities said Dwayne Huntley, 19 of Hayward, and Raheem Lewis, 22 of Antioch, were involved in several retail crimes at malls.

On Wednesday at around 6:23 p.m., officers were called to Macy's at Valley Fair Mall on report of suspicious activity. Security at the mall reported seeing at least two men who matched the description of suspects who stole merchandise three days prior.

When officers arrived at the scene, the two suspects were trying to steal cologne and perfume from the department store, authorities said. Both tried to flee on foot, but failed after a brief chase. Officers were able to apprehend them and they were taken into custody.

The stolen merchandise was recovered.

Then at around 7:00 p.m., officers received a call of another grand theft incident at a Macy's store inside Oakridge Mall. The suspects in that incident matched the description of the suspects already in custody at Valley Fair Mall.

They were positively identified as being the same suspects in that incident.

Huntley and Lewis were booked into the Santa Clara County Jail for grand theft and burglary.