High school students Angel and Jazy Sotelo Garcia, of Berkeley, were fatally shot while attending a house party in Oakland's Longfellow neighborhood on Saturday night. Two other people at the party were injured by gunfire.

OAKLAND, Calif. - An Oakland house party largely attended by teens turned deadly on Saturday when gunfire erupted inside a home.

Two brothers, both Berkeley High School students, were shot and killed at a house on the 950 block of Apgar Street, just before 10 p.m in the Longfellow neighborhood.

Two others at the party were also injured during the shooting, and rushed to nearby hospitals.

A neighbor, who asked not to be identified, says she ran outside to help one of those victims, who she says she found laying on the ground, screaming "help me I’ve been shot."

That neighbor says she fashioned a belt into a tourniquet, as she waited for help to arrive.

Police have not released the conditions of the two teens injured in the gunfire.

Officers are still looking for a suspect, and have yet to say what the motive might have been behind this shooting.

The family called their deaths "a tragic and senseless act of violence." 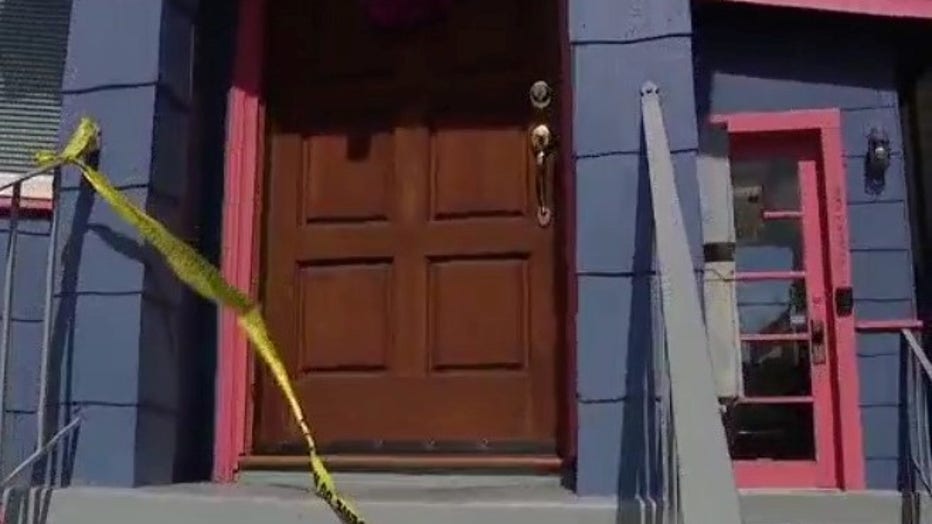 Two teenaged brothers from Berkeley were killed in a shooting at an Oakland house party on Oct. 1, 2022. (KTVU FOX 2)

According to the GoFundMe organizer, Erika Galavis said that Angel was the younger brother, a "gentle soul who loved and cared deeply for those around him."

He loved a good time, Galavis wrote, and was "constantly carrying joy and laughter wherever he went."

Jazy was the quieter older brother, Galavis wrote, and he "tended to naturally assume the role of protector."

Galavis called him funny and smart and had been excited to go to college.

They leave behind a single mother, who is too grief-stricken to go back to work right now, Galavis said.

When she got the phone call about the teens on Sunday morning, Morthel said she felt empathy as a mother.

"I felt first that someone has lost their baby," she said. "And that was my priority, to just take some time to pray and send up the meditation for that family."

IF YOU'RE INTERESTED: A GoFundMe has been set up for the family of Angel and Jazy.