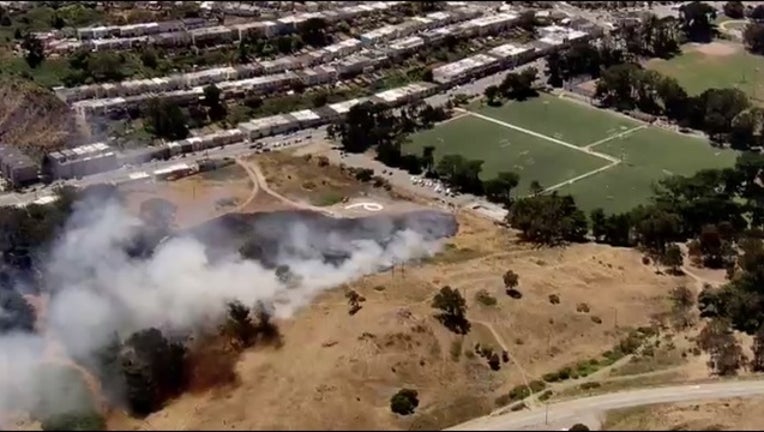 Firefighters responded to a blaze on July 7, 2017 in San Francisco's Crocker-Amazon neighborhood.

SAN FRANCISCO (KTVU) - A two-alarm grass fire that burned 23 acres at a park in San Francisco's Excelsior District has been brought under control this afternoon, according to the San Francisco Fire Department.

The blaze was first reported at 1:25 p.m. at the Crocker Amazon Playground at 799 Moscow St., fire officials said.

No one has been injured and no structures were burned, according to fire officials.

Firefighters will be at the scene into this evening to make sure the fire does not reignite.