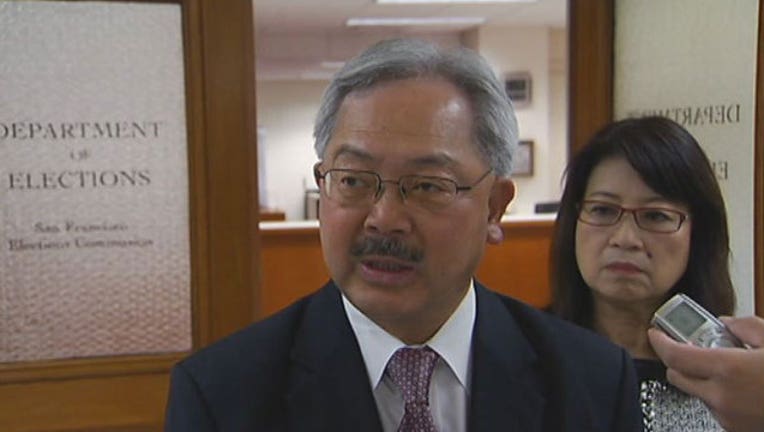 The city's Office of Community Investment and Infrastructure released a Request for Proposals, green lighting two affordable housing developments that would have a total of 290 units on key parcels at the site of the former Candlestick stadium, according to the Mayor's Office.

"This is another great step forward to meet my aggressive goal of delivering 10,000 affordable units by 2020, so that San Francisco remains home to our many diverse families," Lee said in a statement.

The units will be permanently affordable rental units meant for qualifying household incomes at or lower than 60 percent of area median income. A total of 58 of those units will be set aside for formerly homeless families with at least 10 of those units reserved for young parents between 18 and 24 years old who are transitioning out of foster care, juvenile justice systems or homelessness.

The size of the units will also vary, ranging from one to five-bedroom units, the Mayor's office said.

The new housing developments are made possible by funding from Senate Bill 107, which passed last year. The bill's passage resulted in the city being awarded $500 million for the construction of affordable housing.

The funds are helping the OCII accelerate its delivery of 3,300 affordable units to be built at Candlestick Point, Hunters Point Shipyard, Transbay and Mission Bay.

"[The] OCII is fulfilling our long-standing commitment to build affordable housing for the Bayview Hunters Point community," the OCII's Executive Director Tiffany Bohee said in a statement. "To meet [the] OCII's affordable housing goals on Candlestick Point -- years ahead of schedule -- is exciting."

Future plans for the 280-acre Candlestick Point neighborhood include the rebuilding of the Alice Griffith public housing development, the renovation of the Candlestick Point State Recreation Area, as well as multiple new transit routes, open space and community facilities for residents in the area.

Later this year, the OCII plans to release requests for proposals for additional affordable housing developments to be constructed at Hunters Point Shipyard and Mission Bay, according to the Mayor's Office.