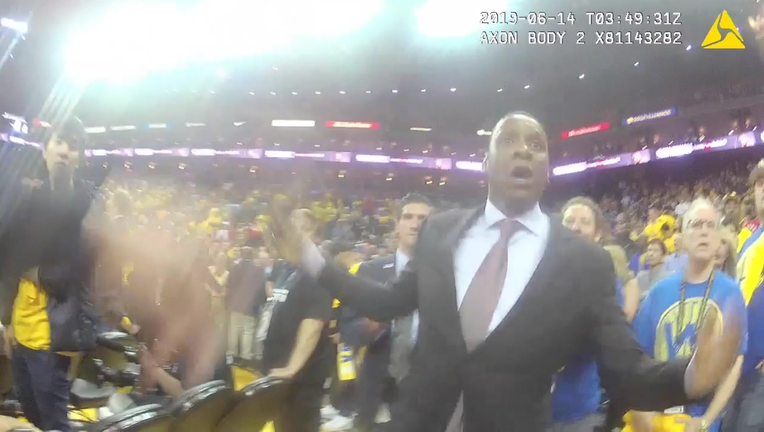 OAKLAND, Calif. - Lawyers representing an Alameda County sheriff's deputy are arguing that the officer cannot be sued because of his status as a peace officer and that he used the least amount of force possible when he employed a "simple open-handed shove" on Toronto Raptors president Masai Ujiri's chest last summer at Oracle Arena.

"Deputy Strickland did not shoot Mr. [Masai] Ujiri, tase him, employ OC spray, strike him with a baton, tackle him, strike him with a fist, or even make contact in a sensitive area such as the face, neck, or groin," Walnut Creek attorney Matthew Grigg wrote in federal court papers on behalf of Deputy Alan Strickland. "Instead – even though peace officers are not required to use the least intrusive degree of force possible” that is exactly what Deputy Strickland did. He used a simple open-handed shove to Mr. Ujiri’s chest."

Grigg submitted the motion to dismiss on Monday in response to a countersuit Ujiri filed in August against the deputy, alleging fraud and excessive force stemming from a June 2019 game after the Raptors beat the Warriors.  Strickland filed the first suit in February when he alleged he was the victim of assault and battery. The Alameda County District Attorney found no evidence to charge Ujiri with any crime.

The shove was captured on body camera and surveillance video, and first reported by KTVU in August. In it, Strickland is seen pushing Ujiri twice in the chest. The deputy has argued he needed to keep the stadium safe and refused to allow Ujiri access to the court to congratulate his team because the basketball executive was not showing the proper credentials.

But Ujiri's attorneys from the Cotchett, Pitre & McCarthy law firm in Burlingame counter that Strickland cannot use his status as a law enforcement officer to avoid getting sued and they argued the deputy's "qualified immunity" argument is bogus. Qualified immunity shields government employees and police officers from being sued in many types of cases.

They also argue that the deputy had no right to use any type of force against Ujiri, who has since penned a piece saying he was disrespected by the deputy because he is Black.

"There was no reason to view Mr. Ujiri as a threat to anyone and no reason for Strickland to curse at Mr. Ujiri and forcefully shove him as numerous witnesses observed," Ujiri's lawyers wrote.

Ujiri's attorneys have repeatedly argued that Ujiri had every right to be on the court because he had an "all-access credential" to move freely in the arena, and he was in the process of showing it to the deputy when Strickland told him to "back the f--- up," before shoving him. They also allege Strickland is lying.

"To date, Strickland has proffered a version of the brief encounter he had with Mr. Ujiri that is, in all material respects, a complete fabrication," Ujiri's lawyers wrote. 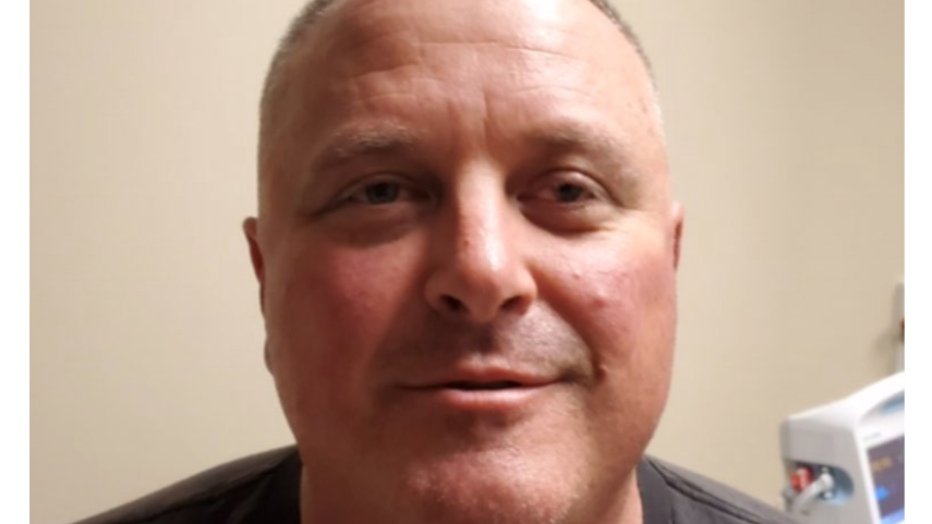 However, Strickland's attorneys contend the deputy had the responsibility of keeping the arena safe from harm.

"Deputy Strickland was faced with an unknown individual who repeatedly and actively resisted extensive efforts to persuade him to stop and show credentials," Grigg wrote on behalf of Strickland. "As commonsense dictates, when an individual is thus persistently noncompliant with something as simple as a quick credential check, this increases the index of suspicion that a suspect might pose some sort of threat, even if the full nature and extent of the threat cannot immediately be ascertained. Mr. Ujiri’s insistence that no use of any force whatsoever was reasonable thus is factually and legally untenable."

And therefore, Griggs wrote, his client pushed Ujiri in the chest one time, and then a second time because Ujiri was trying to "circumvent the security checkpoint."

Ujiri was not injured in the incident.

Strickland claims he suffered severe jaw injuries and still suffers migraines. The video does not show him wincing in pain or suffering any type of physical injury, though he did go to the hospital after the game. Strickland has not been back to work since the shove, 16 months ago, and is receiving pay through worker's compensation.

Strickland was convicted of misdemeanor insurance fraud in 2005.

The fraud charge was discovered when Strickland was applying to be a San Mateo police officer that same year - a job he did not get.