Police say a driver crashed into an outdoor dining area in San Jose Friday night, killing at least one person and injuring two others. The driver was arrested and is suspected of being under the influence of alcohol.

SAN JOSE, Calif. - A woman claims she was engaged in a sex act with a suspected DUI driver who plowed into an outdoor dining area in San Jose, killing a patron.

The unnamed woman said she and the suspect, Alex Moreno, were being intimate inside of his truck last Friday when he accidentally reversed the vehicle at a high speed, the Santa Clara County District Attorney's Office said.

Moreno's Chevy Silverado slammed into three people dining outside at Agave Sports Bar & Grill. One of those patrons, Diana Prieto-Chacon, died as a result of the crash. 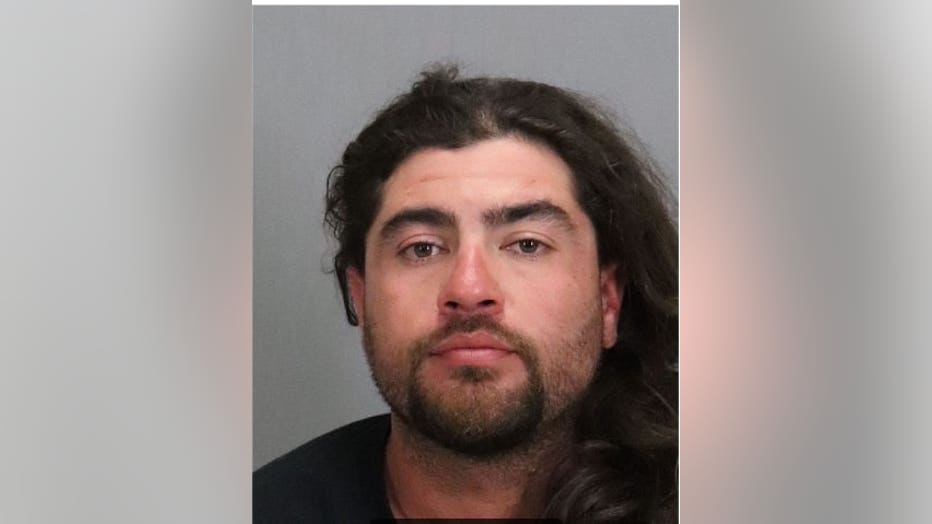 Moreno, 32, is also believed to have been impaired at the time of the crash on the 500 block of West Alma Avenue, police said

He was arrested at the scene and later charged with felony DUI and vehicular manslaughter.