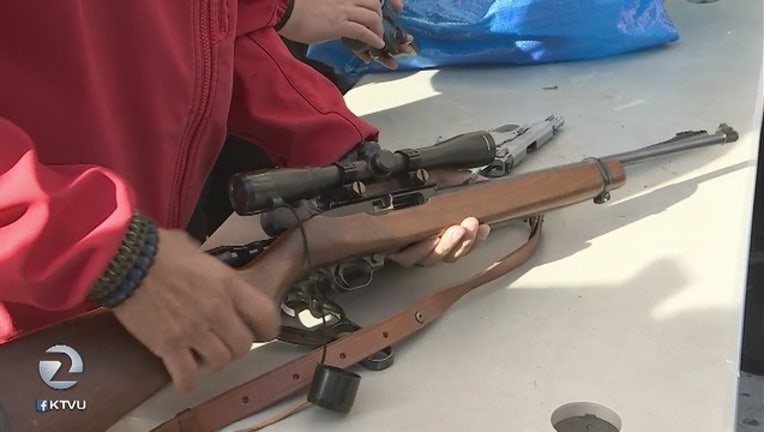 File photo -- Almost 600 firearms were turned over to law enforcement at a gun buyback event in Sunnyvale.

REDWOOD CITY, Calif. (BCN) - An anonymous gun buyback event is scheduled this morning and afternoon in Redwood City as part of a countywide program initiated by citizens, sheriff's officials said.

Congresswoman Jackie Speier is expected to attend the event at 1402 Maple St. running from 10 a.m. to 2 p.m. Any individual can surrender firearms with no questions asked.

Those do so can receive as much as $100 cash for a handgun, shotgun or rifle, and up to $200 cash for an assault rifle, according to sheriff's officials.

A group of citizens from San Carlos, Citizens for a San Mateo County Gun Buyback," were a driving force behind gun buyback events in cities including San Carlos, Belmont, Burlingame, San Mateo and others.