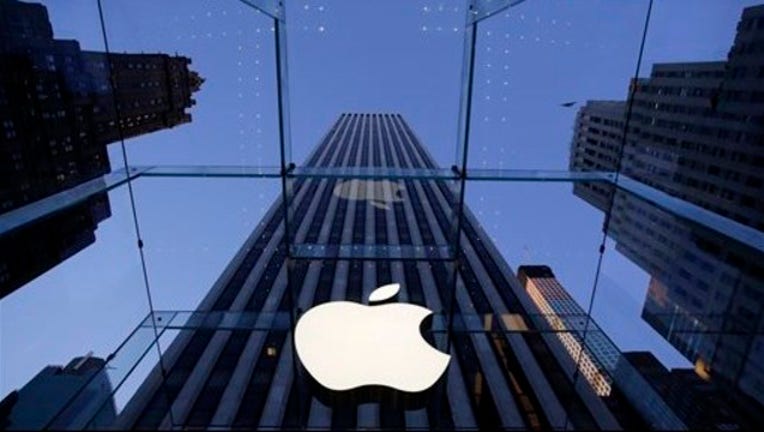 Apple will replace AT&T in the Dow Jones industrial average after the close of trading on Wednesday, March 18, the manager of the index announced early Friday. Apple will start trading as part of the 30-stock Dow at the opening of trading the next day.

S&P Dow Jones Indices, the index manager, said it's making the move in response to a planned stock split for Visa, another member of the 119-year old barometer of the stock market. After its four-to-one stock split, Visa will wind up with a lower price. S&P said that would reduce the weight of the information technology sector in the Dow, because Visa, a credit-card and payment-processing giant, counts as a tech stock. Adding Apple will help balance out this reduction.

S&P Dow Jones Indices said the decision won't alter the level of the index — which was near all-time highs of 17,960 early Friday. It is casting the move as a sort of a housekeeping maneuver, a way to ensure that this most famous of stock-market barometers better reflects the U.S. economy and markets.

The switch was not a reflection on its view of Apple.

The last big Dow shake-up came in September, 2013 when Goldman Sachs, Nike and Visa knocked out Alcoa, Bank of America and Hewlett-Packard.

Unlike other stock-market measures, the Dow weighs members by their prices, so a large change in the price of one stock can have a big effect on the overall index.

At $736 billion, Apple is the world's largest company by market value, but the Dow only accounts for a stock's price.

WHY THE DOW MATTERS?

Created in 1896, the Dow is one of the oldest gauges of a stock wealth — and easy to dismiss as a relic. When it was created, Grover Cleveland was U.S. president. Companies like the Pacific Mail Steamship were counted among its ranks.

And the index only tracks 30 stocks. The Standard and Poor's 500, a rival gauge that reflects the performance of 500 stocks, is the one that professional investors watch most closely to see how their own portfolios are performing.

Still, the Dow continues to be widely cited and isn't seen as wildly distorted.

One reason is that, for all its flaws, the Dow has largely mirrored the ups and downs of the much larger S&P 500.

AT&T, meanwhile, has bounced in and out of the blue chip average over the Dow's long history. It first entered in 1916 as American Telephone & Telegraph, joining Central Leather, Studebaker and other industrial giants in an elite club of 20 companies. In recent times, AT&T was kicked out in 2004 only to return the following year when it merged with SBC Communications.