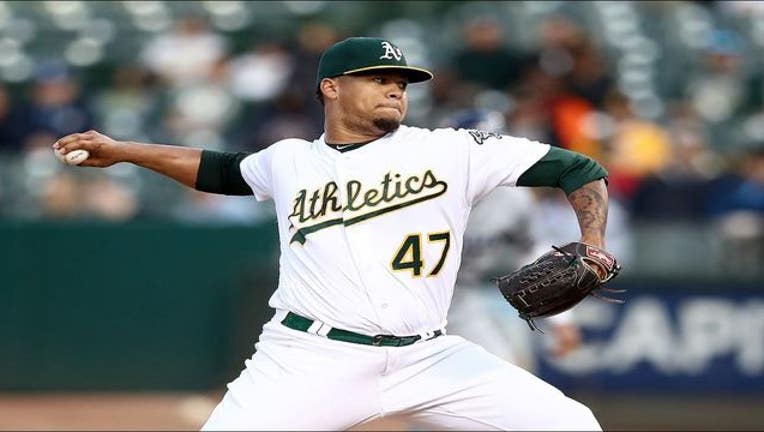 The penalty was announced Friday, a day after another fine outing by the 26-year-old right-hander. He is 9-2 with a 2.70 ERA in 13 starts.

The A's are 40-36, meaning Montas could return for the final week of the regular season. Montas, however, becomes ineligible for postseason play this year.

The commissioner's office said Montas tested positive for Ostarine, a PED. He is the sixth player this year suspended under the major league drug program.

In a statement released by the players' union, Montas said he never intended to use a banned substance. He said he unknowingly took a contaminated supplement that he bought over the counter at a nutrition store in the United States.

"The A's were disappointed upon learning of this suspension. We fully support MLB's Joint Drug Prevention and Treatment Program and we will welcome Frankie back after the discipline has been served," the A's said in a statement.

The suspension is set to begin immediately.