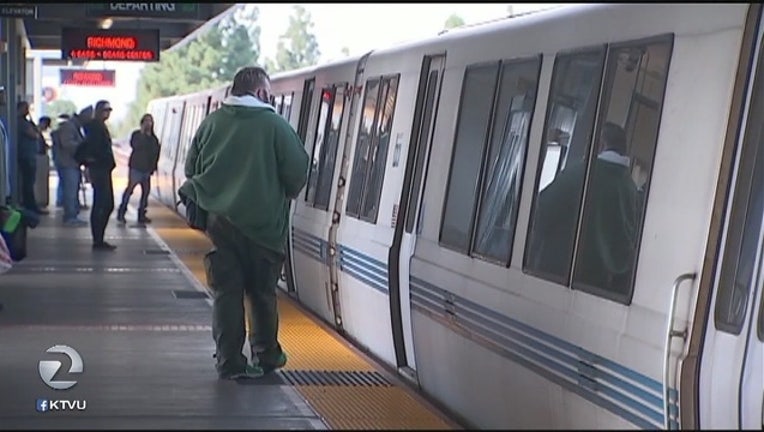 OAKLAND, Calif. (BCN) - BART's Board of Directors mulled options for managing the parking facilities available at stations throughout the system during its regularly scheduled meeting this morning in Oakland.

Parking lots fill up as early as 6 a.m., making it difficult for many commuters to access some BART stations, and there is a lengthy wait-list for permits for reserved spaces.

However, demand for parking is uneven on different times of day and on different days of the week. Commuting hours are particularly impacted, especially in the far East Bay where many would-be BART riders do not live within walking distance of the station.

One option being considered by the board is variable parking fees, with higher rates being charged during peak hours. That met with mixed reactions from the board.

Director Debora Allen pointed out that charging more during commuting hours would directly affect commuters trying to reach their places of employment, noting that many of those are working class passengers who may not be able to afford increased parking costs.

"The people who are parking in our stations are also having to go through our fare gates," Allen said. "They may be paying upwards of $15 a day or more by the time they pay for parking and the fare to and from work. So I'm really skeptical."

One idea proposed entailed the use of controversial automated license plate readers (ALPRs) as a means of charging parking fees as well as conducting BART's parking enforcement operations, which Director John McPartland described as badly dented if not broken.

Implementing the use of ALPRs would also require the transit agency to develop a privacy policy governing how the data generated by ALPRs could be applied. That data has been used as evidence in criminal investigations nationwide.

Increasing the number of available parking spaces is seen by BART staff as a way of connecting the transit agency to more riders, which would increase the transit agency's revenue and help reach long-term capital investment goals.

Since many commuters leave their vehicles at privately operated parking facilities near BART stations rather than using the transit agencies parking lots, Director Nick Josefowitz also suggested conducting a census of available parking near stations system-wide to get a better idea of what's currently available in the private sector.

No vote was conducted and no action was taken on the presentation.