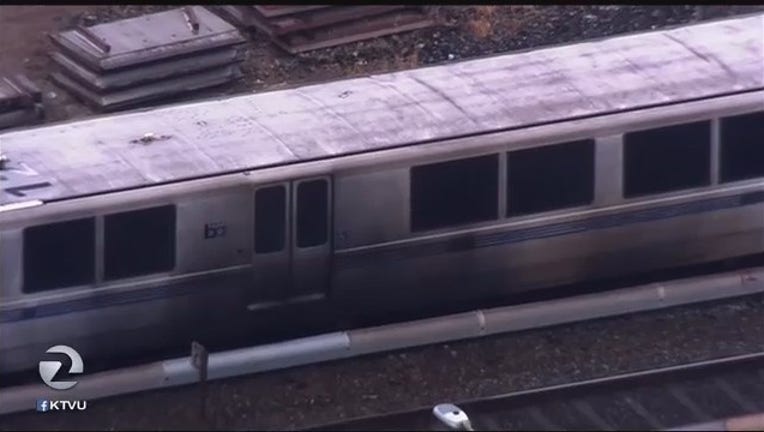 In the 1970's the New York City subway system, a victim of endless deferred maintenance, was in full breakdown mode, so much so, many people wanted to scrap it. But they chose to save it; spending a ton of time and money to re-make it into one of the most important transit systems on earth.

"You know, when BART breaks down like it did today, Interstate 880 becomes really, you know, a 15 mile long parking lot which is deeply frustrating," says Randy Rentschler of the Metropolitan Transportation Commission.

BART and other Bay Area rail systems are showing signs of rapid aging. "We're in desperate need of a long term surface transportation bill. In fact we need $15 to $20 billion more, in base line funding on an annual basis, just to prevent further deterioration in our infrastructure." says Karen Philbrick of the Mineta Transportation Institute.

"We rely on them, not just to function every day, but to function essentially at capacity every day.  So, when anything goes wrong, it affects a large number of people," adds Rentschler.

BART is just a part of the overall Bay Area transportation system; all of which needs to catch up on years, even decades, of deferred maintenance. "Without those improvements, congestion continues to worsen and the risk of moving people safely is compromised," says Philbrick. "As painful and as frustrating as the conversation is, we're never gonna stop asking you for revenue to fix the system because the system's always gonna need to be fixed.”

And, consider this: "The Bay Area was built in the 1950s and 60s. The time is now when we have to replace all of these things whether we like it or not," says Rentschler.

Studies show that more than half of Americans support infrastructure maintenance and improvements when they can see the effects of it directly in their own communities. Unfortunately, most tax increases require a two-thirds approval vote.