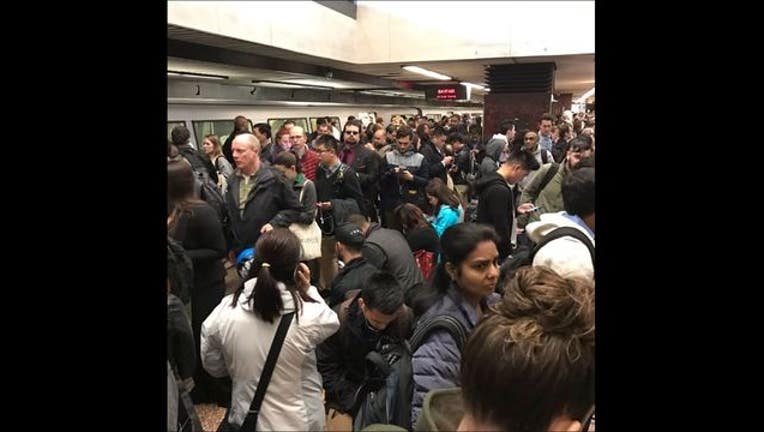 OAKLAND, Calif. (BCN) - BART service is resuming between San Francisco and the East Bay this morning after a power line fell across the tracks near the West Oakland station, shutting down train service during the morning commute.

The incident began around 8:20 a.m. and prompted the closure of the West Oakland station as Oakland fire and PG&E crews responded to the downed line, BART spokesman Chris Filippi said.

Exactly an hour later, at 9:20 a.m., BART officials wrote on Twitter that train service was being restored and the West Oakland station had reopened.

While the BART service was down, passengers had to get off of trains and find alternate means of transportation, either by bus, ferry or private vehicle. Alameda-Contra Costa Transit was honoring BART tickets during the disruption.

BART officials said to expect major residual delays systemwide while service gets back to its regular schedule today.