NAPA, Calif. - A coalition of Bay Area restaurants and wineries filed a lawsuit on Tuesday against California’s ban on outdoor dining, calling the restriction "arbitrary, capricious, and untethered to evidence." 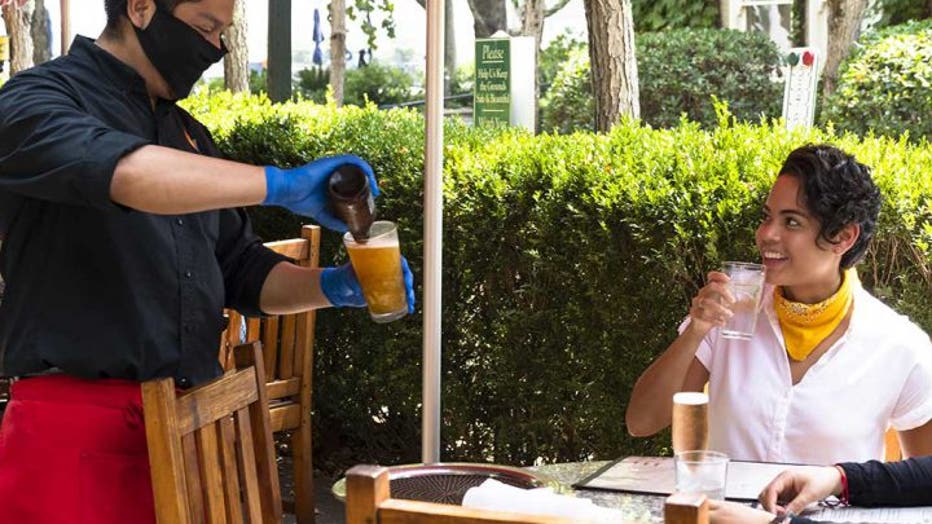 The lawsuit, filed in Napa County Superior Court, named Governor Gavin Newsom and California State Public Health Officer Tomás J. Aragón in the complaint, alleging the state's latest restriction on outdoor dining violates equal protection and due process under California's constitution. And it called on the court to stop the ban's enforcement.

The suit was brought by a group that calls itself the Wine Country Coalition for Safe Reopening, made up of more than 50 restaurants, wineries, tasting rooms, and suppliers across Napa and Sonoma Counties and other parts of the Bay Area. Its members include Indian Springs Resort, Brannan Cottage Inn, Sam's General Store, The Calistoga Inn Restaurant and Brewery, Farmhouse Inn, Vaughn Duffy Wines, Pizzeria Tra Vigne, as well as eateries outside wine country, including Bix and Fog City in San Francisco.

The group said that under the latest restrictions put in place last month, restaurants, wineries, and tasting rooms were being unfairly targeted as the ban "indefinitely and without scientific basis" shut down outdoor dining and wine tasting operations in the region, while indoor businesses like retail were allowed to remain open with far less regulation. 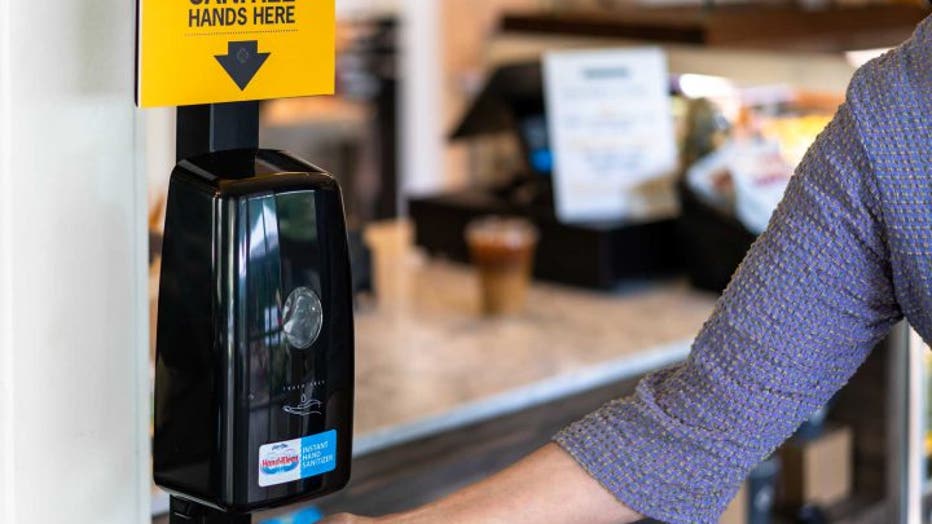 Coalition of Bay Area restaurants filed a lawsuit on Jan. 19, 2021 against California's ban on outdoor dining.

Members of the group acknowledged the efforts taken by state regulators to limit the spread of the coronavirus but stressed that the industry has spent millions of dollars and taken critical measures to ensure safety operations for both customers and employees. 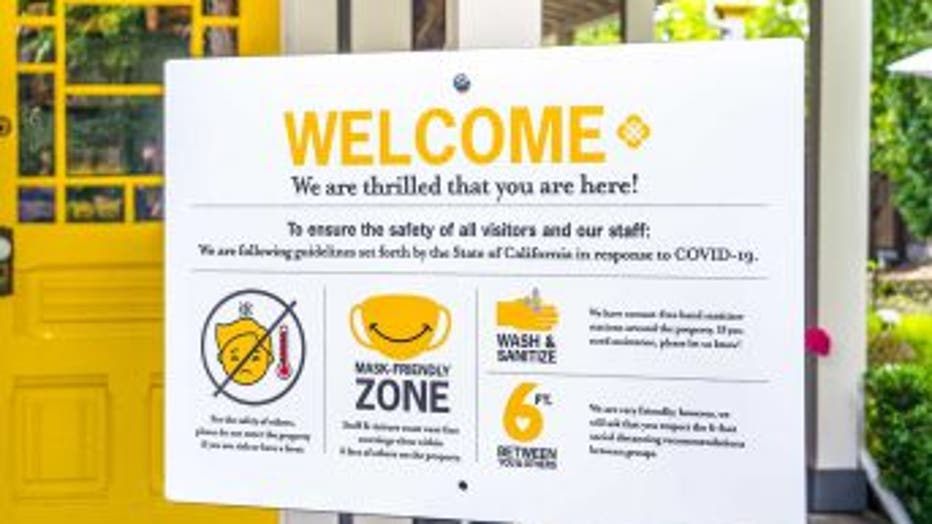 Coalition of Bay Area restaurants filed a lawsuit on Jan. 19, 2021 against California's ban on outdoor dining.

"All we ask is to be treated fairly and in accordance with the science," said Carl Dene of Calistoga coffee shop Sam's General Store. "Though the data shows we can operate outdoors safely, our state officials continue to shut us down while trusting big-box retail stores to operate in much riskier indoor settings."

The complaint also accused state officials of failing to assess any data to support a shut-down of outdoor eating and wine tasting operations. 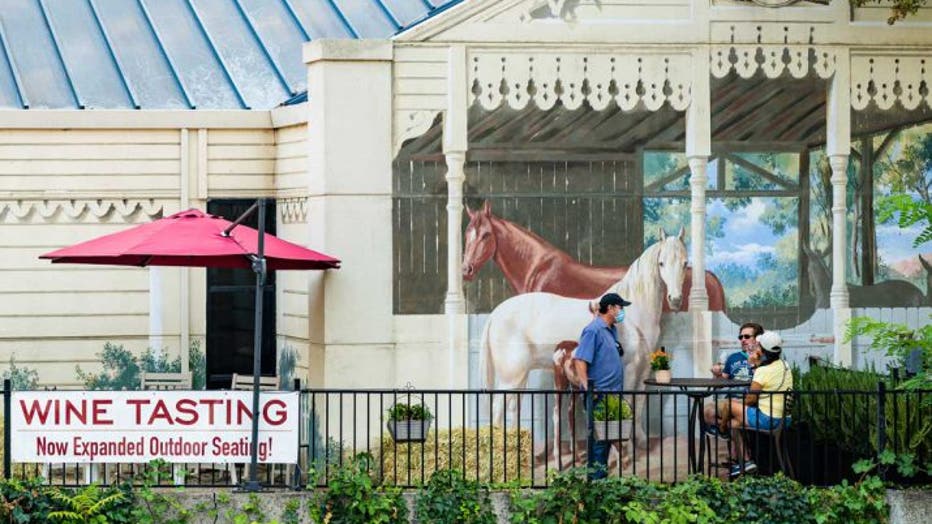 "Had they done so, they would have found no scientific evidence indicating that when conducted with protective measures, it contributes to the spread of COVID at all. To the contrary, a growing body of scientific literature indicates the opposite," the lawsuit said.

The coalition said the ban was leading to long-term economic hardship to its members and their employees. They said the latest restrictions were leaving businesses mired in debt, forcing countless layoffs and furloughs, and threatening additional permanent closures.

"The shutdown has cost many peers in our local industry their livelihoods," said Cynthia Ariosta of Pizzeria Tra Vigne. "Our members have collectively invested millions of dollars to reconfigure their spaces, buy safety equipment, and train staff and customers about new dining protocols, often going above and beyond the state and local guidelines. The Governor must trust the science behind outdoor dining and give our local restaurants and wineries a chance to survive this."

The latest record-breaking surge in COVID-19 cases and hospitalizations in California prompted state officials to re-implement stay-at-home orders in early December. The ban on outdoor dining and wine tasting went into effect in Napa and Sonoma counties on Dec. 17.

A study by the Centers for Disease Control and Prevention found that adults that tested positive for COVID-19 were roughly twice as likely to have reported dining at a restaurant than those who tested negative for the virus. While such studies have suggested restaurant dining increased the risk of contracting COVID-19, there have been limited findings on how eating and drinking at outdoor establishments factors into the risks.

In response to the lawsuit, Jesse Melgar, a spokesman for the Governor issued a statement to KTVU saying, "We will vigorously defend against this lawsuit challenging public health orders implemented to save lives and prevent the regional medical system from collapsing, so all residents can access lifesaving treatment. We are confident the court will uphold the order, as have numerous courts that have recently considered similar challenges."

The office Tomás J. Aragón did not immediately respond to KTVU's request for a comment. 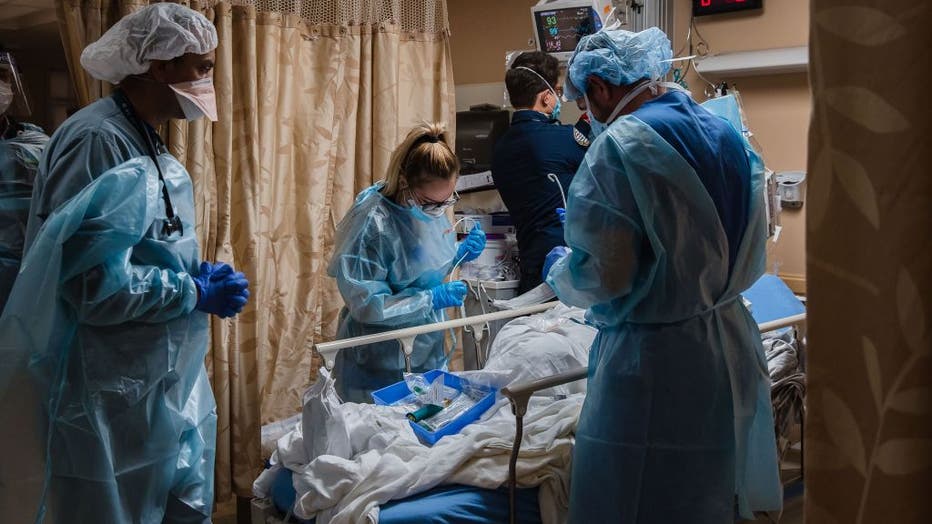 Healthcare workers tend to a patient with Covid-19 who is having difficulty breathing in a Covid holding pod at Providence St. Mary Medical Center in Apple Valley, California on January 11, 2021. - As Covid-19 tears through southern California, small