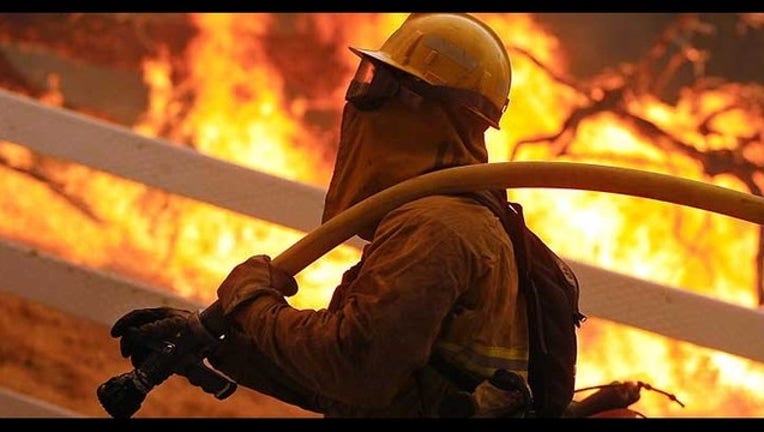 Calfire spokesman Daniel Berlant said the drought and dry conditions have lengthened the summer fire season by about 75 days.

"That's our period of fire danger," he said. "The likelihood of large and damaging fires has gone up significantly."

After two months of extremely dry conditions to begin 2015, temperatures for this coming weekend with soar to the 80s in some areas of Northern California and the 90s in the Los Angeles area.

According to data released last Friday by the National Climatic Data Center, this winter eclipsed the previous record set just last year — a symptom of the area of high pressure off the West Coast that has remained in place.

From December through January, California recorded an average temperature a solid 1.5°F above last year's mark, according to the NCDC.

For just the first two months of this year, temperatures are 1°F hotter than last year, which ended as the hottest year on record by nearly 2 degrees.

"The state is already off to a large head start compared to last year," NCDC climatologist Jake Crouch said. "While it is too early to speculate on whether California will see another record warm year, 2015 is off to an impressive start."

The latest survey makes it likely California's drought will run through a fourth year. Brown declared a drought emergency on Jan. 17, 2014, and his office continues to underline the need for sustained water conservation.

Frank Gehrke, chief of the California Cooperative Snow Surveys Program, said there were 6.7 inches of snow on the ground at the survey spot near Echo Summit, about 90 miles east of Sacramento.

"It's very meager and it is clearly flirting with being the lowest on record," he said.

Unless this month approximates the 1991 "Miracle March" with significantly more precipitation than normal, the traditional wet season will end on April 1 with an alarmingly low total.

"There is no reason to think we will have such a good March again this year," Gehrke said.