RAMONA, Calif. - An orphan mountain lion cub that was dying when firefighters found her in Southern California is being nursed back to health.

Starving, severely dehydrated and nearly unconscious, the cub was 12 weeks old when she was found in September near Idyllwild, the San Diego Humane Society said in a Facebook posting with photos and video.

Taken to the organization's Project Wildlife center in Ramona, where over five weeks her weight has doubled to 22 pounds.

The society plans to send the cub to a permanent home at a qualified wildlife facility. 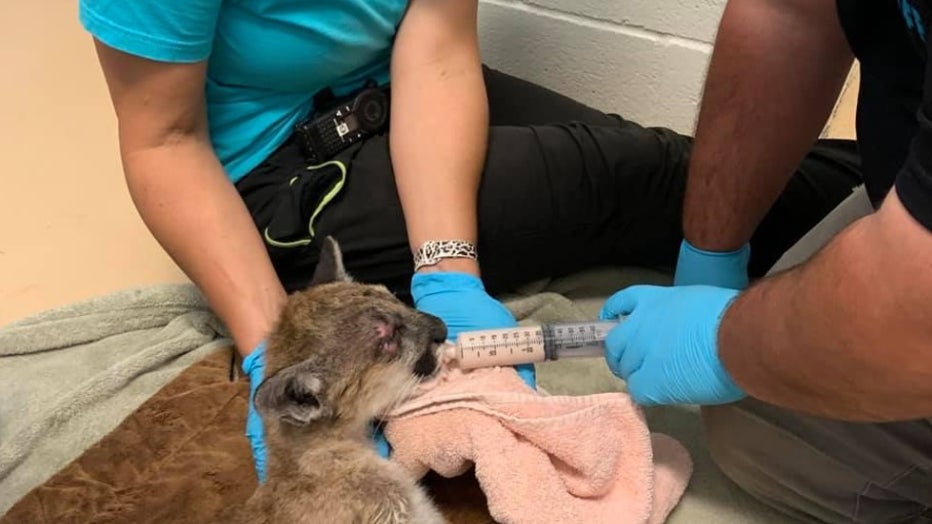 San Diego Humane Society on Facebook: Firefighters found a starving and severely dehydrated 12-week-old mountain lion cub near Idyllwild in September. Nearly unconscious and weighing less than 11 pounds when she arrived at our Ramona Campus, the youn