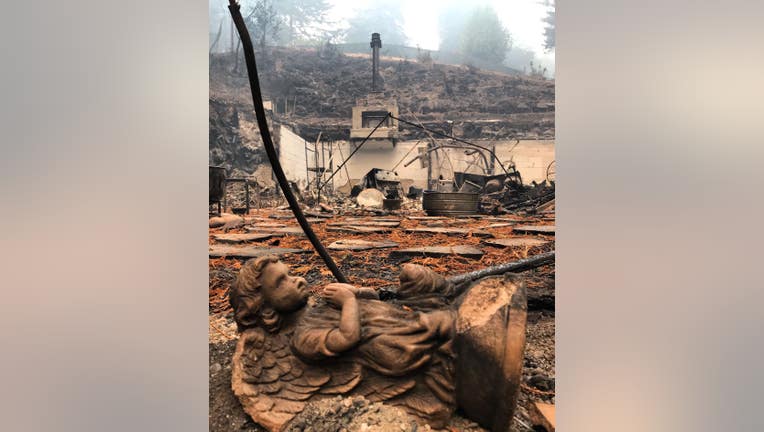 SACRAMENTO, Calif. - Since the wildfires began raging in California last weekend, Cal Fire crews said they have battled more than 625 new wildfires, which have now burned over 1.4 million acres throughout the state.

To put that into perspective, that's just about 1% of California's landmass, which equals about one million football fields or 1,875 square miles.

More than 1,000 structures have been either destroyed or damaged and 30,500 structures remained threatened. To date, seven people have died.

The largest complex of fires are raging in Northern California, from the LNU fires in the North Bay, to the SCU fires across the East and South bays, and the CZU fires in San Mateo and Santa Cruz counties.

At a news conference, Gov. Gavin Newsom addressed the active wildfires in the state and the amazing effort to protect homes and lives.

As of Monday, Berlant said that 14,000 firefighters are continuing to fight two dozen major fires and lightning complexes, which all began last Saturday during an unusual lightning storm. 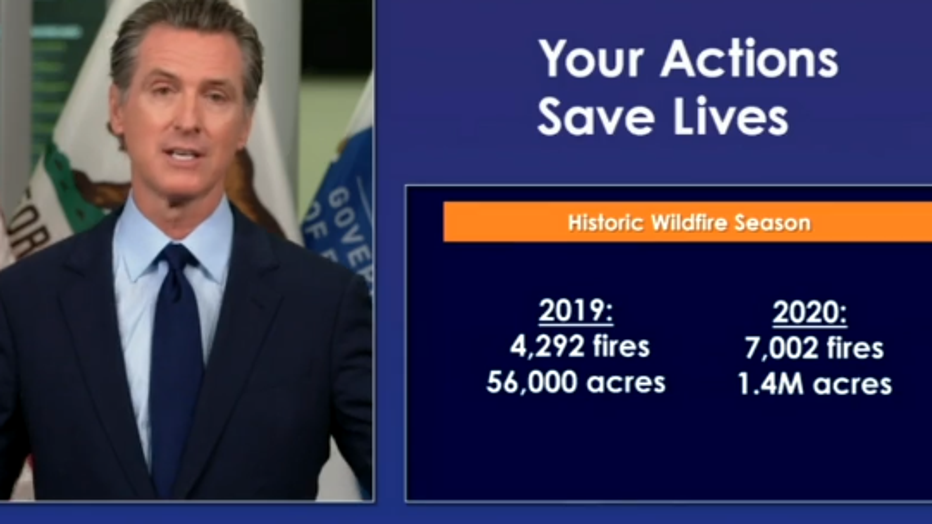 Since then, Cal Fire said there have been a total of 13,000 lightning strikes.

As a bit of good news, the National Weather Service canceled a Red Flag Warning but poor air quality remains through much of the state.

Meteorologists expected a significant cooldown likely this week with an onshore flow and deep marine layer in southern California, before winds and possible lightning strikes reappear this coming weekend.

"This week will be a profoundly important week," Newsom said.