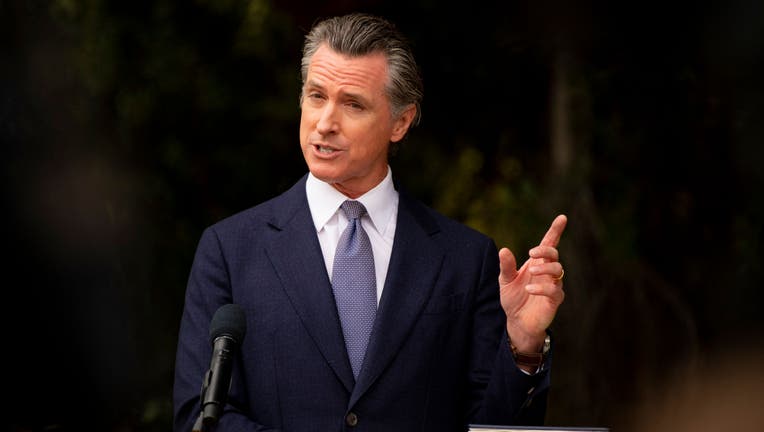 SACRAMENTO, Calif. - California Gov. Gavin Newsom cruised to an easy victory in Tuesday’s primary, advancing to the November general election where he will be an overwhelming favorite to win a second term barely a year after surviving a recall attempt.

In the U.S. Senate race, Democratic incumbent Alex Padilla had an equally easy time advancing to a November runoff. He was appointed to the seat by Newsom last year after Kamala Harris resigned to become vice president.

Padilla was on the ballot twice — once to complete the final few months of Harris' term and another in a race for a full six-year term that begins in January.

Turnout in the nation's most populous state was light despite significant frustration by voters over record-high gas prices, rising crime and a homelessness crisis in cities large and small. But despite those problems Democrats are expected to maintain their stranglehold on state offices and in the Legislature.

Just one year ago, it looked as if Newsom could be on his way out as more than 1.7 million voters signed a petition to recall him from office. Dozens of Republicans lined up to challenge him in the 2021 recall election, eager to take down the Democratic governor of the nation’s most populous state ahead of the 2022 midterms.

Instead, Newsom defeated the recall in such a decisive way that none of the major contenders from last year filed to challenge him for reelection this year.

"This is almost the definition of a noncompetitive race," said Jessica Levinson, a political commentator and election law professor at Loyola Marymount University.

Freed from the political pressure that typically accompanies governors during an election year, Newsom has sought to further establish California as the anchor of the nation’s left wing. He has vowed to make California a sanctuary for women seeking abortions should the U.S. Supreme Court overturn Roe v. Wade. And he has pushed for a new law that would let private citizens enforce a ban on some assault weapons – similar to how Texas allows the public to sue people to enforce that state’s ban on most abortions.

Dahle, a farmer from the sparsely populated northeast corner of the state that borders Oregon and Nevada, has joined his Republican colleagues in blaming Newsom for the state’s record high gas prices, which hit a record high of $6.37 per gallon on Tuesday. He and other lawmakers – including some Democrats – have called on Newsom to temporarily suspend California’s gas tax, which at 51.1 cents per gallon is the second highest in the nation.

Newsom has rejected that in favor of a plan to send up to $800 to people who own cars, plus another $750 million to give people free rides on public transit for three months.