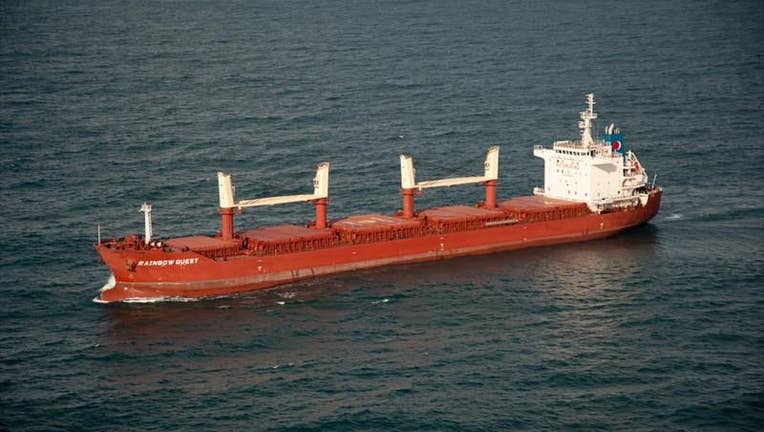 SAN FRANCISCO - A captain has admitted to being intoxicated while preparing to sail a cargo container ship out of San Francisco Bay.

The U.S. Attorney's Office announced Friday that Vadim Humenyuk, 51, pleaded guilty to operating a commercial cargo ship while under the influence of alcohol.

Humenyuk served as master, or head officer, of the 590-foot-long Rainbow Quest when it was preparing to sail to South Korea on Dec. 10. A San Francisco Bar Pilot - essentially a traffic controller for ships navigating through the bay - notified authorities that Humenyuk appeared intoxicated.

He faces up to one year in prison, an additional year of probation and a fine of up to $100,000 when he is sentenced on Jan. 3.