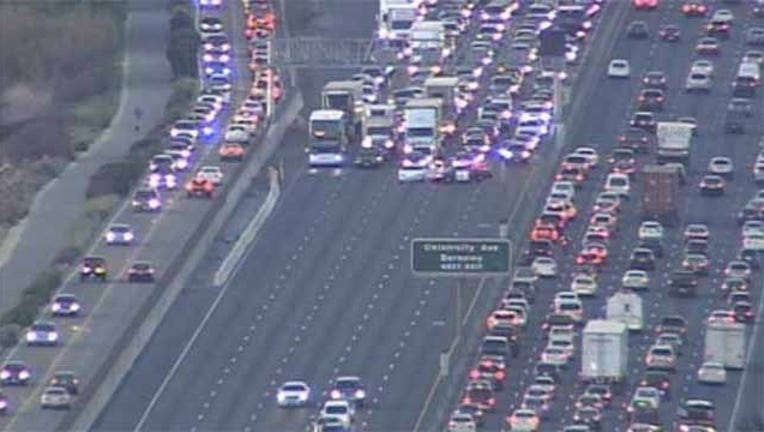 BERKELEY, Calif. (KTVU) - A chase on Interstate 80 in Berkeley prompted officers to close all Westbound Lanes near University Avenue, where the chase came to an end.

The lanes were closed just after 6 p.m. The Highway Patrol stopped traffic and took a driver into custody.

The chase led officers from Berkeley into Albany and then back to Berkeley. The CHP says the chase started when a driver failed to yield.

The incident backed up traffic for miles.