No classes at Oakland school campus where 6 people shot

There are no classes at an East Oakland school camps where six people were shot. Amanda Quintana reports

Meanwhile, Oakland police officers were still looking for at least one shooter, though others may be involved, according to Oakland Assistant Police Chief Darren Allison.

"We have our Ceasefire teams as well as our Violent Crimes Operation teams actively following up on leads so we can bring to justice those responsible for their heinous act," Allison said on Wednesday following the 12:45 p.m. shooting.

Witnesses on the scene said they saw multiple gunmen and described them as kids. A parent told KTVU that she witnessed five potential shooters.

Police have not yet said if they believe the shooting at King Estates of Rudsdale Newcomer High School was targeted or not, and they haven’t released a description of the suspects or vehicle that might’ve been used.

Police said all six victims have some affiliation with the campus where the shooting occurred, but it's unclear in what capacity.

One school official told the East Bay Times that the shooting started during some sort of fight between students.

Three people were taken by ambulance to Highland Hospital, a hospital administrator said, and another three victims were taken to Eden Medical Center, according to the Alameda County Sheriff’s Office. All of them were adults with some affiliation to the campus – a cluster of four Oakland Unified School District schools on the 8200 block of Fontaine Street. 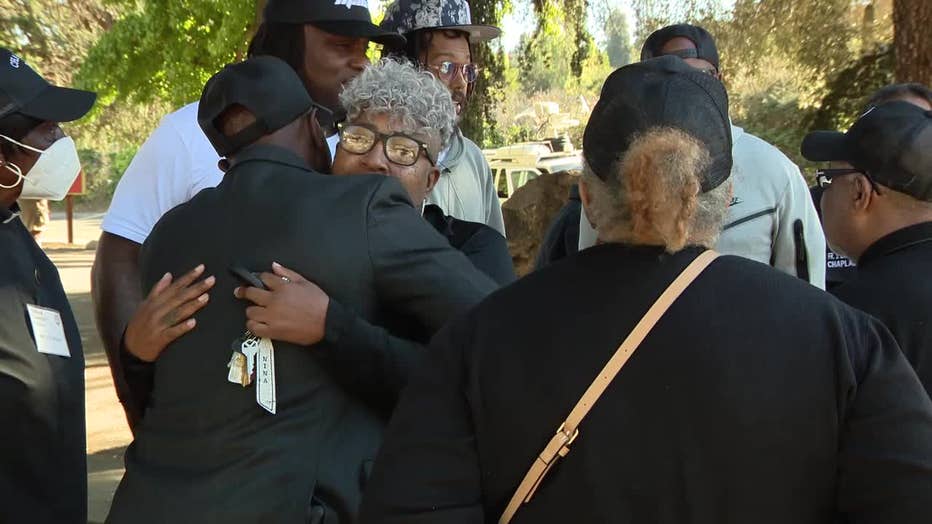 Authorities said two of the victims sustained life-threatening injuries and one had non-life threatening injuries. On Wednesday, one victim had already been released from the hospital and two others were pending release. But authorities haven’t provided an update since last night.

More than 600 students are enrolled in the schools, according to district records.

In the early moments following the shooting, parents were panicked and told to pick up their children at a nearby church.

One father said that he was speaking to his 13-year-old daughter on FaceTime when he heard gunshots in the background. She was huddling under a desk when she called her dad.

"I didn't have too much information, but I just rushed over," said the father. "I was about to rush the police. I was first in line, and they wouldn't let me through I asked them, ‘What if it was your daughter?'"

"Our thoughts are with the people who were injured and their families, and we are hoping for quick recoveries for all of them," Aguilera wrote. "We know how traumatizing this incident is for students, families, and staff alike. It pains me that our world has gotten to a point where this kind of behavior is seen as acceptable by anyone, including those who perpetrated this horrible act. Violence is never the answer to any problems a person might face."

"And I will just say, as both a mayor and a mother myself of high school students, we have to do better," Schaaf said. "We have to continue to demand the people who hold the most power to change things like what happened yesterday to take that action."