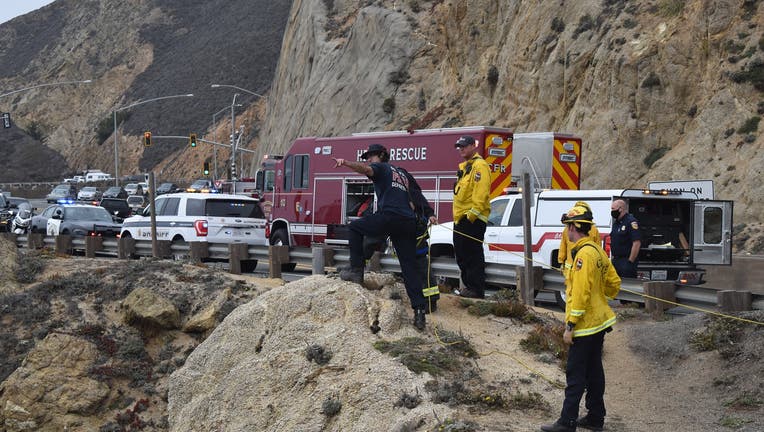 PACIFICA, Calif. - Authorities have identified a man who died after his car plunged off a winding, cliffside road south of San Francisco and landed on a beach more than 200 feet below.

The San Mateo County coroner’s office identified the driver on Thursday as 73-year-old San Francisco resident Anthony Colonnese Jr., the San Francisco Chronicle reported. He was the lone person in the vehicle when it went drove off of Highway 1 on Wednesday.

Responding authorities used a drone to locate Colonnese Jr. who was found ejected from the vehicle, said Mark Andrews, a spokesman for the California Highway Patrol. He was declared dead at the scene.

Authorities briefly closed a stretch of the highway to accommodate emergency vehicles. The cause of the crash was not immediately known. The area of steep cliffs overlooking the Pacific Ocean is known as Devil’s Slide.