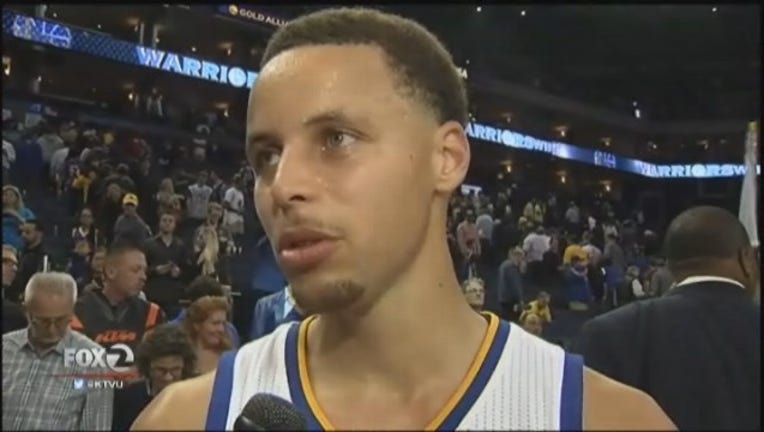 OAKLAND, Calif. (AP) -- Stephen Curry has been known to put on incredible shooting displays. He did something following a recent practice that even he had never done.

ESPN reports that Curry made 77 consecutive 3-pointers following Tuesday's practice. Curry says it's the most 3s in a row he has ever made. He also says he made 94 of 100 shots during the session.

After most practices, Curry rotates around the perimeter as assistant Bruce Fraser feeds him the ball. He typically takes 10 shots from several spots and often goes around the arc twice.

Curry, a leading candidate for league MVP, already has surpassed his own NBA record for most 3-pointers in a season. He enters Wednesday night's regular-season finale against Denver with 284 3-pointers.