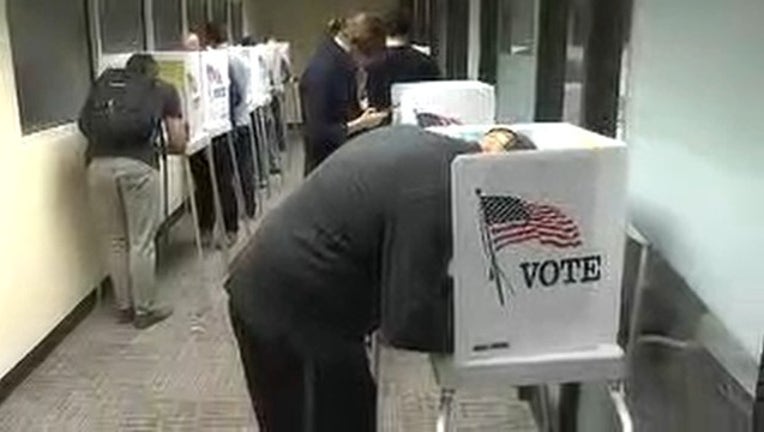 SUNNYVALE, Calif. - Voters in Sunnyvale appear poised to permanently change their at-large voting system to a district-based system, while voters in Santa Clara appeared to reject a similar ballot measure in Tuesday's election.

Sunnyvale's Measure B and Santa Clara's Measure C would move the two cities to district-based systems, doing away with the citywide at-large systems the two had used to elect councilmembers in the past.

With 95 percent of Sunnyvale's precincts reporting, 62.19 percent of voters were in favor of Measure B.

In Santa Clara, with all precincts reporting, 58.75 percent of voters opposed Measure C. Both needed majority approval to pass.

Measure B would amend Sunnyvale's city charter to add the district-based election system, something the city has considered since 2018.

The city would be split into six districts, with elections for odd and even numbered districts alternating every two years. Measure C would have essentially codified the result of a 2018 lawsuit against the city of Santa Clara, in which the plaintiffs argued that the city's at-large voting system was keeping people of color, and Asian Americans specifically, from holding local office.

According to the Asian Law Alliance, which supported the case's plaintiffs, an Asian American had never served on the Santa Clara City Council despite Asian Americans comprising a majority of the city's population.

The ballot measure would have amended the city charter to keep the city's current six-district system for the November election.

Beginning in 2022, the city would have moved to three districts, with voters choosing two council members from each district. The measure's opponents argued that the six-district system achieved its intended result of a diverse City Council and moving to three districts would be a needless change.