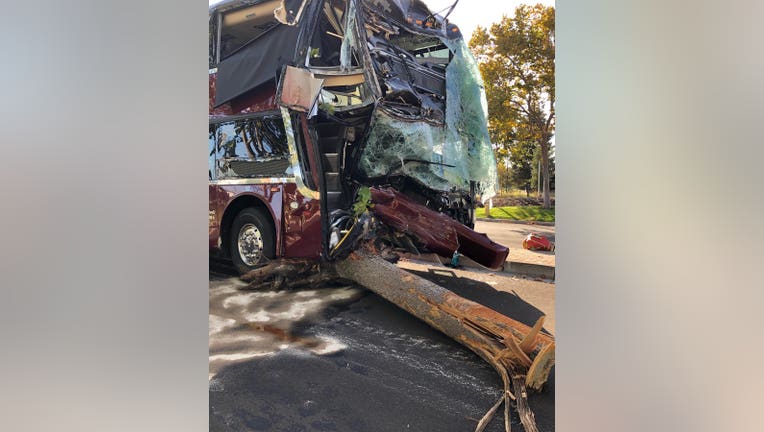 FREMONT, Calif. - The solo driver of a double-decker bus had to be extracted from their vehicle after crashing into several trees in Fremont Wednesday morning, officials said.

Fremont Fire Department said the crash happened on Kaiser Drive just after 9 a.m. The driver was removed from the bus through the driver's side window by firefighters who had to use hand tools. 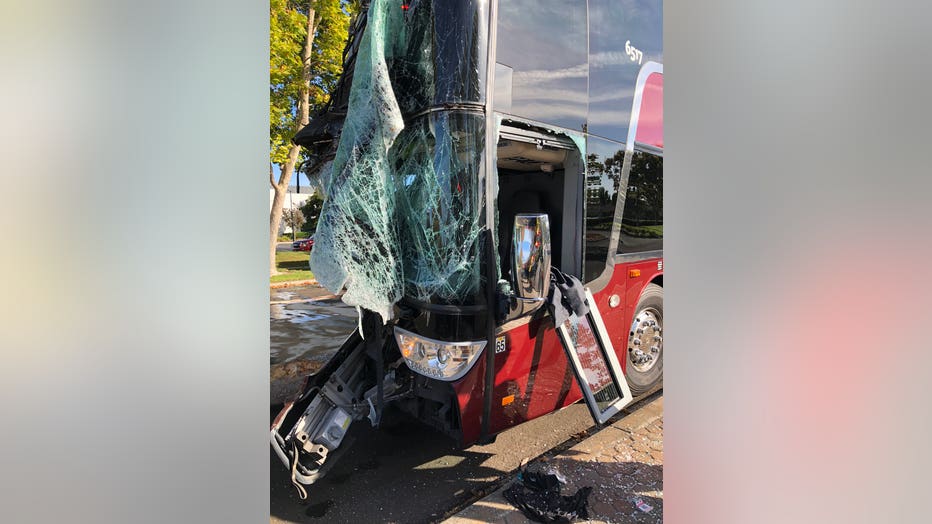 Fire officials said the driver sustained non-life threatening injuries and was taken to a hospital for treatment.

Photos posted by Fremont Fire Department on social media show a badly-damaged front-end of the bus. Officials said the driver struck multiple trees before the bus came to a complete stop. One tree was wedged into the front of the bus.

Crews used large airbags and other equipment to dislodge the tree from the bus. A heavy equipment towing company also responded.

Officials did not indicate if alcohol or drugs were factors in what appeared to be a solo vehicle collision. There was no word on what led up to the crash. No additional injuries were reported.