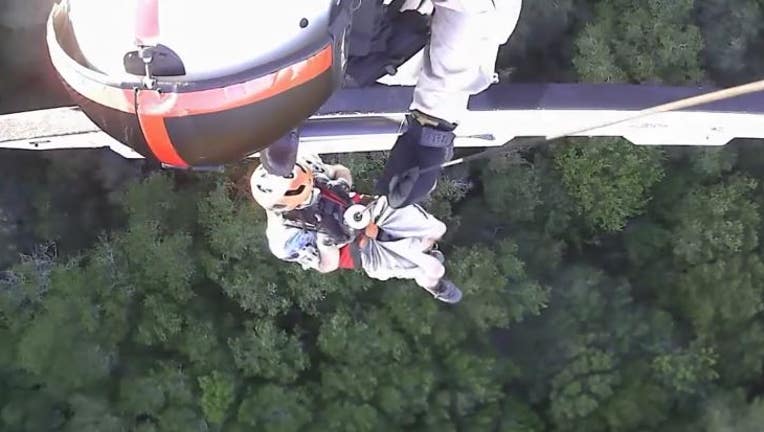 MARTINEZ, Calif. - Mountain bikers were rescued Monday after colliding and getting caught in rough terrain, according to CHP and Contra Costa Fire.

Shortly before 7:00 p.m. officials received reports of a collision at Briones Park, and when they arrived in the area they heard an injured victim on a trail that was difficult to access.

CHP said they flew a chopper into the scene and hoisted the patient from the trail. Paramedics were there to attend to the rider.

They said it was the third helicopter rescue on Memorial Day, and some riders sustained major injuries.

CHP said rescues like these are tricky, and depending on the severity of the injuries, can take between 5-15 minutes to hoist and bring the patient out.

There's no word on how the collision occurred, or the condition of the victims.