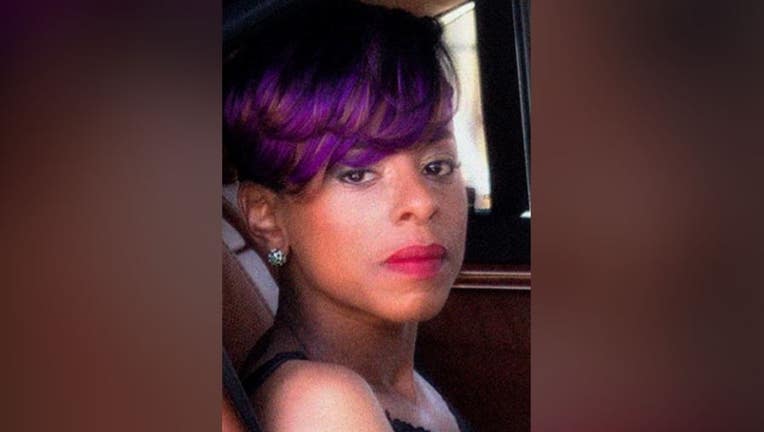 DUBLIN, Calif. - The family of a 41-year-old woman who overdosed on fentanyl at Santa Rita jail have sued the Alameda County sheriff, saying that lax detection policies led to illegal drug smuggling that led specifically to her death.

She overdosed on fentanyl, which another incarcerated woman had snuck into jail by hiding in her private parts.  The woman who snuck in those drugs had not been charged with Anderson's death, but she has been charged with distribution of fentanyl.

Before she died, Anderson wrote a blog detailing the conditions she faced at Santa Rita Jail, including a lack of health and safety protocols during the height of the COVID-19 pandemic, animal and insect feces in the food, unsanitary and dangerous living conditions, and rodents in the jail cells and hallways. KTVU first reported on that blog.

Anderson was the third person out of seven to die in 2021 at Santa Rita Jail and is among 57 people who have died in custody at the facility since 2014, a KTVU analysis shows.

Anderson is being represented by Khaldoun Baghdadi of the Walkup Law Office in San Francisco. The suit alleges that the jail is responsible for ensuring that the basic human needs of people in custody are met and that people are not at risk of serious harm.

Sheriff's spokesman Lt. Ray Kelly said that the office does "everything in our power to keep illicit drugs out of our facility," citing a robust Narcan program.

"Unfortunately, people will continue to bring illicit drugs into our jail knowing full well it is illegal and dangerous," Kelly said. " With prolific drug use and availability on our streets, the challenges to keep drugs out of jail facilities becomes more difficult."

Of the 57 deaths that have occurred in Santa Rita since 2014, about 80% were people of color. Anderson was an African American woman.

At least 11 of these deaths were the result of obtaining drugs while in custody, according to the suit. The most recent was a man who died of a possible fentanyl overdose in January of this year.

The lawsuit alleges that these drugs came into the jail because of lax drug detection policies.

An independent autopsy found Anderson died of "cardiopulmonary arrest complicated by underlying heart disease and fentanyl use," the lawsuit states. The county has not yet released her autopsy.

Her family also insisted in the lawsuit that she had never used fentanyl before.

As of Feb. 7, Santa Rita Jail is now under the oversight of a legal agreement or "consent decree," which means many of its actions are now being monitored by a law firm, a federal judge and the U.S. Department of Justice.

Kelly noted the consent decree and said the jail has already "implemented many new policies and measures to improve the care and services of those in our custody."

According to the suit, Anderson had been serving time for a "minor offense," and she was set to be released in April 2022.

But Anderson had a whole life before she ended up at Santa Rita.

A friend made a tribute video to Anderson after her death, showing her in 9th grade as a star basketball player at Skyline High School.

In the 1994 video, Anderson said she hoped to go to college and be an actress or a professional basketball player one day. Anderson later went on to attend San Diego State University, have a daughter and a hold down a songwriting and music production career.

In a previous interview, Sheila Tabor, described her sister as a "beautiful soul" who was a loving mother and gifted musician.

"It didn't have to be like this," Tabor said in a previous interview. "Our lives have shifted. This is an open wound."