Tourists chase after burglars, one with a gun in San Francisco

Tourists chased after thieves who broke into their rental car along Moraga Street in San Francisco. They told police one of them had a gun. One of the victims had to be taken to the hospital.

SAN FRANCISCO, Calif. - Two tourists were injured while chasing after burglary suspects who broke into their rental car in San Francisco and stole some of their belongings. 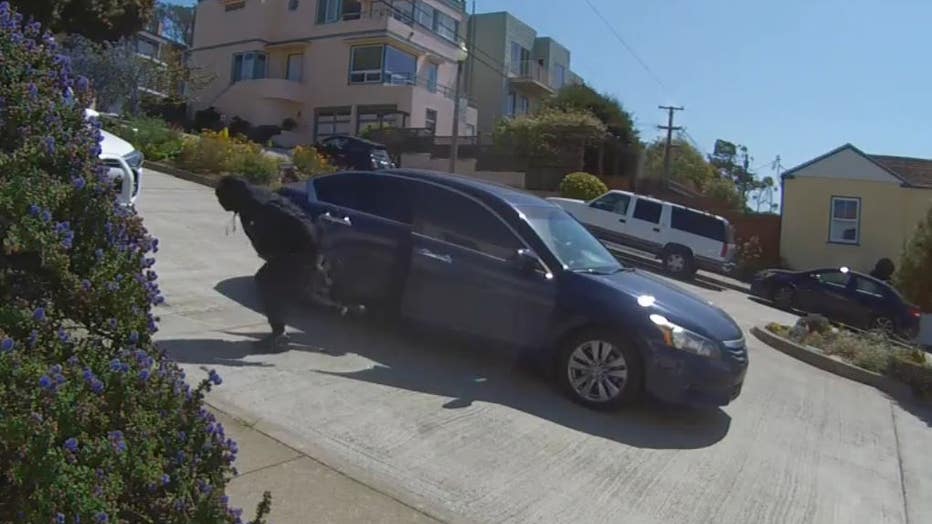 Within seconds, screams and shouting is heard in the video as one of the men returns to the passenger seat with a backpack in hand. Soon, a family of tourists is seen chasing after the two men and the car, some even grabbing the doors and hanging on.

San Francisco Police tell KTVU officers met with a 52-year-old victim who said he let go of the car door after one of the suspects pointed a gun at him. He was taken to the hospital with non-life-threatening injuries.

Police did not identify the victims or say where they're from but a neighbor said the family was visiting from Puerto Rico and it was their first day in the city.

"The family was in shock," a neighbor who asked to speak anonymously said. "They couldn’t drive themselves back to their hotel. They were worried about their family members." 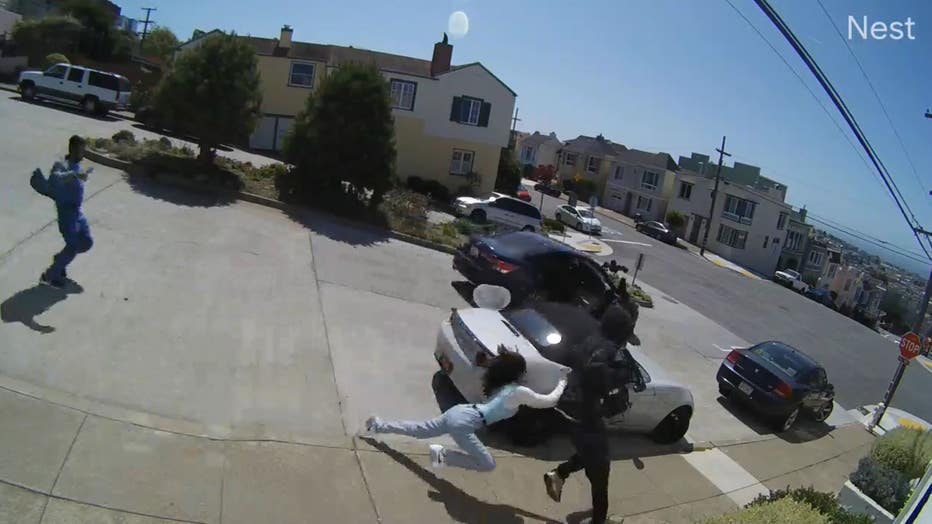 A secondary camera angle shows a young girl lunging at the second suspect in an attempt to recover some belongings but instead trips and falls on the sidewalk. She suffered minor injuries. The suspect managed to get inside the getaway car, the video shows.

Police have warned people not to leave valuables in their cars. Still, tourists don't always know the danger they face visiting the city.

"People come to see the steps and guys are waiting to lurch on them," neighbor Juan Garcia said. "Oftentimes I get home from work and seeing nothing but broken glass. It’s really sad."

In this recent case, police records show the family claimed a camera, clothing, cash, credit cards and a passport were all stolen. 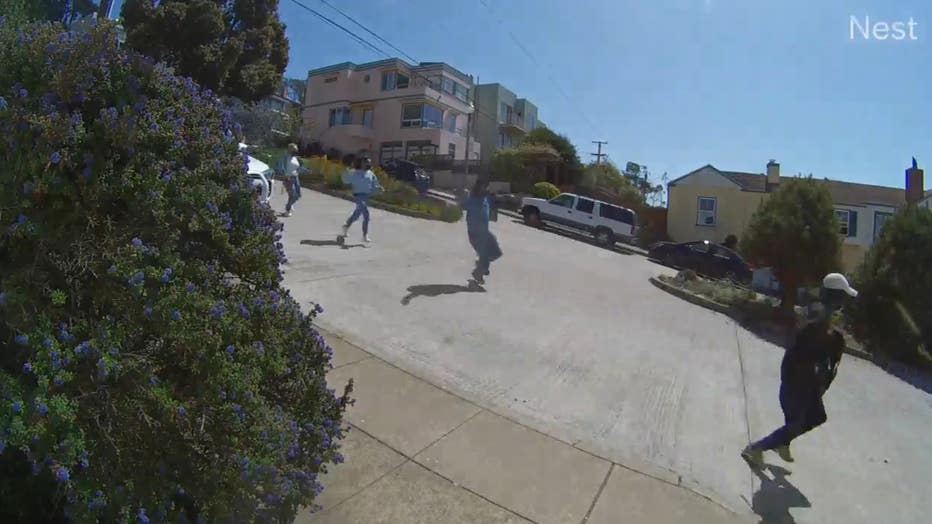 Police have not identified the suspects but said there is an open and active investigation.

"There’s just no consequence," Garcia said. "That’s the worst part of it."