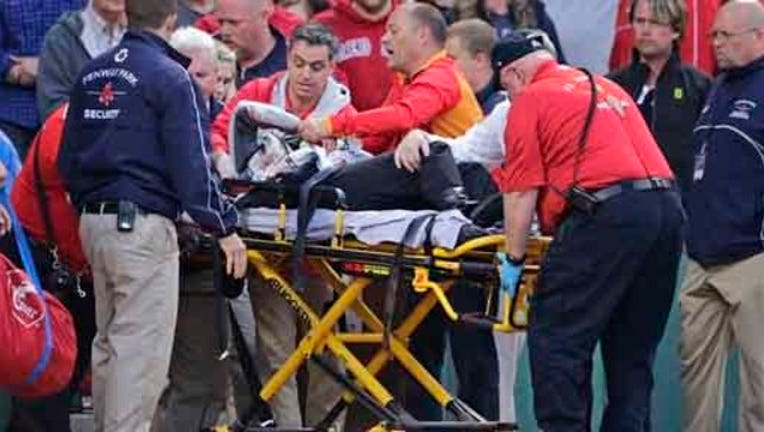 BOSTON (AP) — A woman was removed from the Fenway Park stands bleeding from the head after being struck by a broken bat during the game between the Oakland Athletics and Boston Red Sox.

The fan was carried off on a stretcher after the top of the second inning Friday night. She was hit when Oakland's Brett Lawrie broke his bat on a groundout to second base for the second out of the inning.

After the third out, the game was delayed while the fan was tended to in the stands between home plate and the third base dugout. She was wheeled off on the stretcher for further treatment, and there was no immediate report on the extent of her injury.