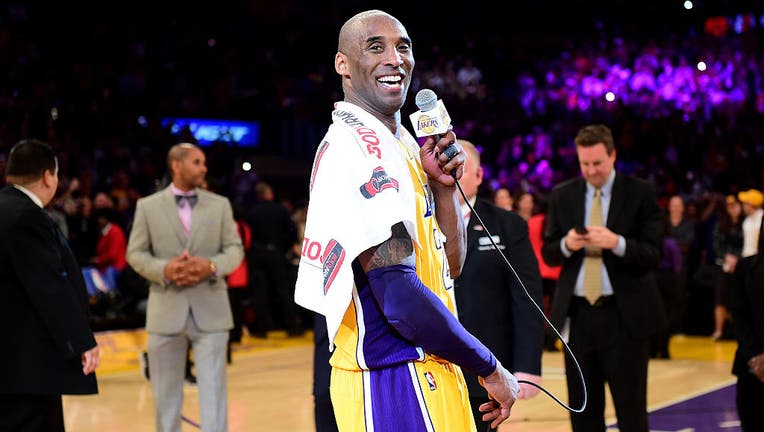 LOS ANGELES, CA - APRIL 13: Kobe Bryant #24 of the Los Angeles Lakers addresses the crowd after scoring 60 points in his final NBA game at Staples Center on April 13, 2016 in Los Angeles, California. The Lakers defeated the Utah Jazz 101-96. NOTE TO

LOS ANGELES - Tuesday marks five years since NBA legend Kobe Bryant, who donned purple and gold for 20 years, played his final game for the Los Angeles Lakers against the Utah Jazz. Bryant’s 60-point spectacular was one of the greatest performances in NBA history, followed by his "Mamba Out," farewell speech.

At just 17-years-old, he was drafted in the first round by the Charlotte Hornets who traded him to the Los Angeles Lakers in the summer of 1996.

Twenty years later, in his 1,346th regular-season game, Bryant made it clear he wouldn’t have wanted it any other way and spoke of his fairytale of sorts as he said goodbye after his final NBA win in his "Mamba Out," speech.

"I grew up a die-hard, I mean a die-hard Laker fan, die-hard. I knew everything about every player that has played here. So to be drafted and then traded to this organization and to spend 20 years here, you can't write something better than this," he said in front of a sold-out crowd the night of April 13, 2016, in the middle of Staples Center, also known as "The House that Kobe Built."

Dear Kobe: A message for LA narrated by Morgan Freeman exclusively for FOX 11

Dear Kobe: A message for LA narrated by Morgan Freeman exclusively for FOX 11

His final performance was electric and highlighted how elite he truly was and proved to be a challenging matchup for Utah's Gordon Hayward. For many NBA players, "Black Mamba," was simply unguardable. Bryant hit the game-winning final shot with just under 32 seconds left as the Lakers beat Utah 101-96.

Overwhelmed with emotions, Bryant who played 42 minutes in his final game, also thanked his fans and family as he said goodbye to his playing career.

To my family, my wife Vanessa, our daughters Natalia, Gianna, thank you guys for all your sacrifices. All the time I spend in the gym and training, Vanessa holding down the family like the way you have, Vanessa I can't thank you enough, there is no way I can thank you enough for that. From the bottom of my heart, thank you.

What can I say, Mamba out."

Other statistics from the game include Bryant hitting 10 of 12 free throws, 4 rebounds, and 4 assists. 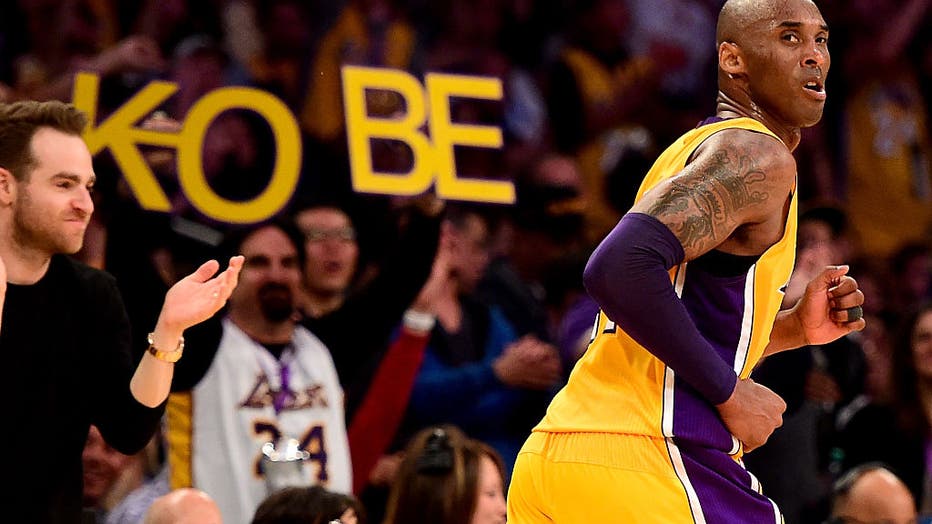 Bryant was and continues to be one of the most beloved sports icons, made even more evident after his tragic passing on January 26, 2020. He was remembered across the globe with murals and heartbroken fans paying tribute through social media and beyond.

A new mural that honors the 5 year anniversary of Bryant’s final game can be found in South Pasadena.

His "Mamba Mentality," grit, and overall greatness inspired generations of athletes, including his 13-year-old daughter Gianna, who was determined to carry her father’s basketball legacy.

Kobe and Gianna Bryant, along with seven others were killed in a helicopter crash on January 26, 2020.

While they are gone, they are not forgotten as loved ones and those they inspired continue to honor their legacies.

RELATED: One Year Later: Honoring the 9 victims of the Calabasas helicopter crash