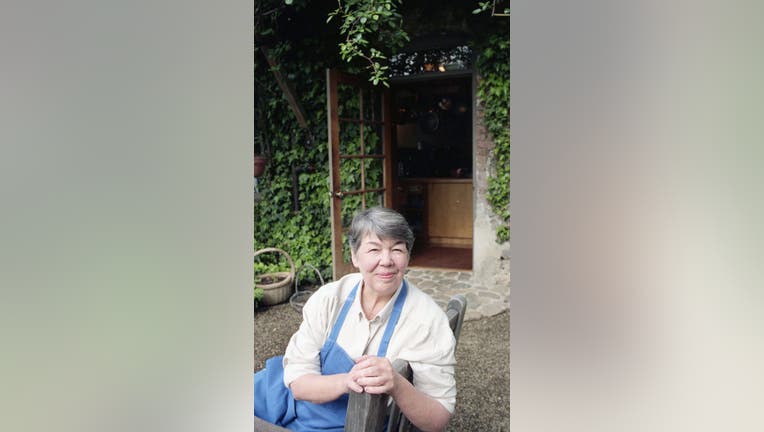 PHILO, Calif. - Sally Schmitt, who founded The French Laundry restaurant in California wine country and helped launch the region’s farm-to-table movement, has died. She was 90.

Schmitt died on March 5 at her home in the Mendocino County town of Philo after several years of declining health, the Santa Rosa Press Democrat reported Saturday.

Schmitt and her husband Don opened The French Laundry in 1978 after spending four years renovating a rustic building that once operated as an actual laundry.

The never got around to putting a sign outside, didn’t advertise and didn’t accept credit cards. Yet the restaurant gained a reputation for its ever-changing prix fixe menu, where diners could choose between three starters, a soup, an entrée, a salad and a choice of three desserts at a fixed price.

The couple used produce from local growers and offered wine from Napa Valley.

The tables were booked months in advance.

The couple sold the restaurant in 1994 to chef Thomas Keller, whose award-winning cooking turned The French Laundry, as well as Napa Valley, into a food-and-wine destination.

Keller kept the name of Schmitt’s restaurant and continued Sally’s tradition of inviting guests into the kitchen after a meal. He also pays tribute to her annually by serving one of her prix fixe menus.

"Sally operated from a minimalist kitchen that somehow reflected her cooking style," he wrote in the preface of his book, "The French Laundry." "There was nothing grandstanding about Sally’s food. Her repertoire employed Gallic touches but also drew on cherished elements of Americana: tomato soup, braised oxtails, cranberry and apple kuchen."

After selling the restaurant, the Schmitts operated an apple farm in Philo where Sally taught cooking to students who came from all over the country to study with her and her daughter, Karen Bates.

"I really have done just what I loved to do, which has always been simply to cook good food for those I cared for," she wrote in her upcoming cookbook, "Six California Kitchens: A Collection of Recipes, Stories, and Cooking Lessons From a Pioneer of California Cuisine."

Besides Karen, she is survived by children Kathy Hoffman, Johnny Schmitt, Eric Schmitt and Terry Schmitt; 10 grandchildren and five great-grandchildren. Her husband died in 2017.