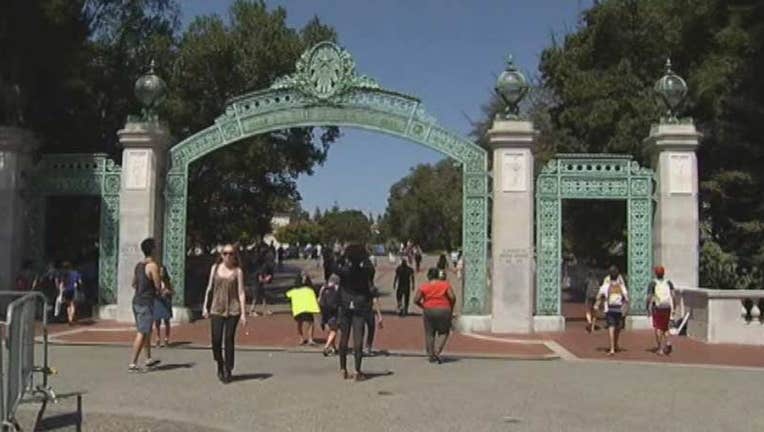 SACRAMENTO, Calif. - Following the California Legislature's unanimous vote on Monday to overturn a recent court ruling that would have forced one of the nation’s most prestigious universities to turn away thousands of students from its incoming freshman class, Gov. Gavin Newsom has signed the bill into law.

Senate Bill 118, authored by Democratic state Sen. Nancy Skinner, will ensure that about 2,600 freshmen admissions slots for this that had been eliminated by a judge will be restored for the University of California, Berkeley.

Just two weeks ago, the state Supreme Court ordered the school — one of nation’s the top public universities — to reduce its enrollment because it said the college had failed to comply with a state law that requires them to consider how adding more students would affect the environment.

"I’m grateful to the Legislature for moving quickly on this critical issue – it sends a clear signal that California won’t let lawsuits get in the way of the education and dreams of thousands of students, our future leaders and innovators," Newsom said.

A news release from the governor's office said the court order would have disproportionately impacted students from disadvantaged or underrepresented backgrounds.

While the state law in question is designed to protect the environment, it has often been used by neighborhood groups to block unwanted development.

In this case, the nonprofit group Save Berkeley’s Neighborhoods had sued the university, arguing that adding more students would only worsen the housing shortage and increase rents for everyone in the San Francisco Bay Area city.

The court agreed with the neighborhood group and ordered the university to stop construction of more housing and classroom space and to keep its enrollment at the same level as the 2020-21 school year.

Rather than let the ruling stand, the California Legislature voted to change the law. The bill approved by lawmakers gives universities more time to comply with the law before judges can order them to reduce enrollment. The bill would apply retroactively, meaning it would reverse the prior ruling capping Berkeley’s enrollment.

"This would have shut the doors of college education for thousands of Californians," said Assemblymember Kevin McCarty, a Democrat from Sacramento. "Our economy requires more college graduates. We know that college is the ticket to the middle class."

Lawmakers hoped the bill would end the controversy. But Phil Bokovoy, president of Save Berkeley’s Neighborhoods, said "this poorly drafted bill will result in more litigation."

"UC Berkeley does not have the capacity to handle more students," Bokovoy said. "We don’t want new students to have to live in their cars." Bokovoy said more than 10% of current Berkeley students suffer homelessness during their education."

The court ruling earlier this month that limited UC Berkeley enrollment stunned lawmakers, parents and anxious applicants awaiting to hear if they would be admitted this fall.

University officials and students pleaded with state lawmakers for an emergency fix. Lawmakers responded by writing and passing a bill in less than two weeks while most other bills take eight months to work their way through the Legislature.

"If this bill is not passed, countless young people in our state will be left out of our higher education system," Michelle Andrews, a third-year student at the University of California, Davis, told lawmakers during a public hearing on Monday before the vote.

The bill lawmakers approved makes changes to the California Environmental Quality Act. Passed in 1970, the law requires state and local agencies to evaluate and disclose significant environmental effects of projects and to find ways to lessen those effects.

UC Berkeley, like much of the rest of California, has an affordable housing problem resulting from decades of under building. On-campus housing at the school is limited and many students live off campus. Rents are expensive, especially for apartments closer to campus, while residents grumble over the added traffic, noise and housing costs brought by an increased student body.

The bill lawmakers approved on Monday is narrowly tailored to fix the specific problem at UC Berkeley. But it does not include broader reforms called for by lawmakers from both parties.

Sen. Scott Wiener, a Democrat from San Francisco, said the environmental protection law has been "distorted beyond recognition to empower anyone with enough money to hire a lawyer to delay or block even the most environmentally sustainable project" — including blocking or delaying the construction of bike lanes, public transportation and clean energy projects.

Republicans agreed, with Assemblymember Vince Fong saying that frequently, "the reasons to stop the projects have nothing to do with the environment."

"A growing consensus on both sides of the aisle recognize the need for ... reform. But the question remains, is there the political will to make that happen?" Fong said.

Assembly Speaker Anthony Rendon voted for the bill but said he does not support creating more exemptions in the environmental law.

"We must act today in a cautious fashion to make sure the university can admit deserving applicants this year," he said.