Congressional Democrats call for $50,000 of student debt to be canceled

Democrats from the Senate and House of Representatives spoke outside the Capitol on Feb. 4, reigniting their call to have President Joe Biden forgive up to $50,000 in student debt.

The House Ways and Means Committee advanced key portions of President Biden's coronavirus relief bill, including the third round of $1,400 payments and a major expansion of the Child Tax Credit.

The panel on Thursday evening approved its $940 billion piece of Biden's proposal on a 25-18 party-line vote. A dozen House Committees, including the Ways and Means Committee, are working on writing Biden's nearly $2 trillion aid package.

The committees plan to finish the work on Friday, with the full House voting on the overall package the week of Feb. 22 once the Budget Committee combines the different parts.

RELATED: $1,400 stimulus check update: When could you get your third payment?

House Speaker Nancy Pelosi said during her weekly press conference on Thursday that she wants the legislation passed by the end of the month and on Biden's desk before March 14, when more than 11 million Americans are poised to lose their supplemental unemployment benefits.

The legislation includes another $1,400 cash payment for individuals earning $75,000 or less (and couples with an income below $150,000). The checks would phase out faster than previous rounds, cutting off individuals who earn more than $100,000 and couples earning more than $200,000. The proposal also extends eligibility to more dependents, including college students and disabled adults.

The IRS is expected to begin issuing the checks as soon as possible if the bill becomes law. 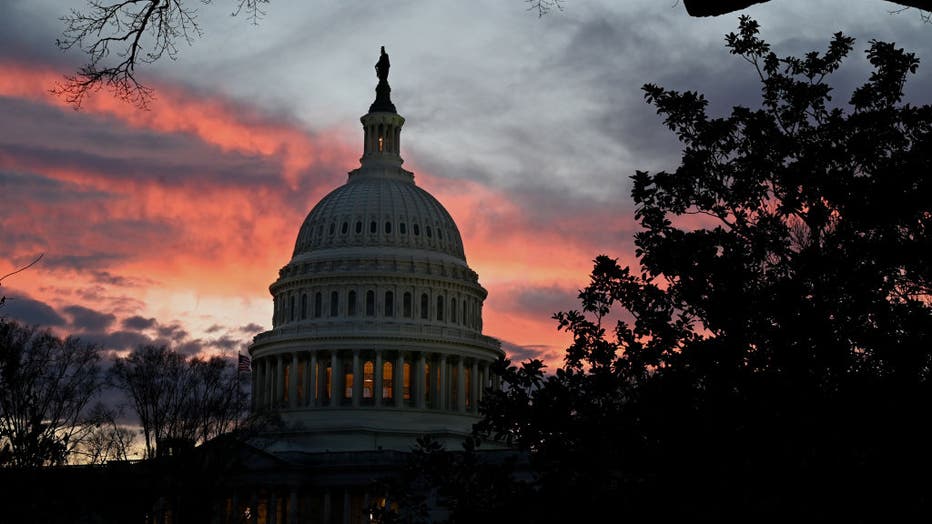 The U.S. Capitol is seen as the sun set December 30, 2020 in Washington, DC. (Photo by Katherine Frey/The Washington Post via Getty Images)

The measure also expands tax credits for low-income workers and families paying for care for children or adults. Most American parents would receive $3,000 a year for every child ages 6 to 17 and $3,600 a year for every child under age 6 under the bill. Families are normally entitled to up to $2,000 annually in refundable tax credits per child, an amount that was doubled by Republicans in 2017 with the passage of the Tax Cuts and Jobs Act.

Families could also choose to receive monthly payments – roughly $250 to $300 – instead of an annual lump sum. Payments would begin going out in July if Congress approves the relief plan, as it's widely expected to do via a process known as a "budget reconciliation," which allows Democrats to pass the bill without any Republican buy-ins.

Democrats say the boosted payments are vital to keeping households afloat during the virus-induced crisis by helping them pay for essentials like food and rent. But Republicans have criticized the size and scope of the measure, arguing that some of the proposals -- including the cash payment -- disproportionately benefit high-income households who are no longer struggling financially.